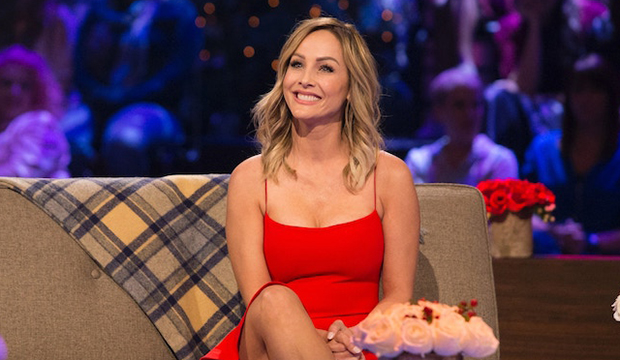 We won’t know exactly how the switch-up between Clare Crawley and Tayshia Adams on “The Bachelorette” went down until Season 16 premieres in the fall, but Reality Steve is here to clear the air on some rumors.

After news broke that Crawley was out and Adams was in two weeks ago, the one piece of info everyone agreed on was that Crawley fell hard for one suitor, Dale Moss, a former NFL player, and producers let both go. But various reports also claimed that Crawley was difficult to work with and refused to shoot after choosing Moss, and that the couple were in contact with each other before production started mid-July — something that was made possible due to COVID-19 delaying production after the original cast was announced in March.

In a blog post on Tuesday, Reality Steve said he’s learned that these two rumors are not true, backing up Bachelor Nation alum Michelle Money‘s claim on Instagram that Crawley and Moss were not talking before filming began.

“What I’ve been told is that this narrative of Clare being difficult, production not knowing what to do, Clare having a pre-show relationship — are not true whatsoever. So however Michelle Money knew, she was correct. Clare did not have a pre-show relationship with Dale heading into the show,” he  wrote. “Now, you can dissect that further all you want, but I’m talking about they were talking/texting/FaceTiming heading into the season, he had a leg up on everyone, their relationship had been established outside of seeing each other physically in person, etc. That I’m told did NOT happen. I’ve heard it’s just like Michelle said in her IG story, that Clare took a liking to him based on his IG feed and stories, liked what she saw, and definitely was the one guy who caught her eye heading into the show, possibly to the point where she had blinders on to the rest of them. But reports there was a pre-show relationship and this was planned between them is false.”

Reality Steve — who says the couple is together but cannot confirm if they are engaged, as has been reported — added that Moss felt the same way about the hairstylist going into the season, and it was basically love at first sight when they finally met. The spoiler maven was one of the first to speculate that Crawley and Moss might have been in contact pre-show, and is still skeptical that they weren’t, but stresses that we need to see it play out first.

“Trust me, I’m certainly skeptical of it. Because as mentioned earlier, a pre-show relationship actually made sense to me,” he said. “Now you’re telling me that these two decided it was only gonna be them after two weeks, sure, I need more time to see this play out. As I’m sure plenty of you do too. The naysayers I’m sure will jump all over Clare for this. I’m not sold either now. But I’m willing to see how it played out in real life before I pass judgment.”

According to Reality Steve, producers noticed their instant chemistry and it was their idea to end Crawley’s journey faster than expected. “It was once producers noticed Clare and Dale’s chemistry that they realized they had a problem on their hands, and, in probably the biggest difference I’ve heard from what the media is reporting, is that it was production’s idea to go to Clare with a suggestion of, ‘Well, what do you want to do here? It’s clear you’re into him and no one else’ kinda thing,” he shared. “And that’s where production had to think on the fly about what to do next and, eventually, settled on bringing in Tayshia as the ‘Bachelorette.'”

As Reality Steve notes, this is not the first time the lead of “The Bachelor” or “The Bachelorette” made up his or her mind early on, and those leads all completed their seasons. The difference here, he surmises, is that Season 16 is filming in a “Bachelorette” bubble — one location, no travel — so TPTB saw this as an opportunity to shake things up and add some excitement while also observing safety protocols (ABC has also yet to confirm the switch and is not expected to before the season starts).

SEE Why the hell are so many Bachelor Nation alums on the ‘Bachelorette’ set?

“This was going to be a different, almost boring, season from the get-go due to COVID, one location, no travel, etc. So instead of fighting Clare on this, they embraced it, and they’re using it as their big ‘twist’ this season,” Reality Steve sad. “The fact ABC won’t even address that Tayshia is their new ‘Bachelorette,’ even though everyone and their mother knows she is, kinda lends credence to my guess I think. They just want this as their twist on an otherwise plain season we were headed towards because of what COVID did.”

As far as Tayshia’s stint, he says that she has Crawley’s remaining guys (Crawley had four rose ceremonies), and that as far as he knows, none of the rejected or eliminated men who were contacted to return did so. That, however, does not mean the show did not bring in new guys.

And as far as all the Bachelor Nation stars dropping by the set? It’s just for cameos. “This is Tayshia’s ‘Bachelorette’ season now and they are just making appearances because, well, it’s a different season, we have no summer show so to speak, and this is just a way to I guess keep others involved so you can see them on your TV during the summer,” Steve revealed. “But no, there isn’t a second show being filmed alongside Tayshia’s ‘Bachelorette’ season.”

“The Bachelorette” will air Tuesdays at 8/7c on ABC in the fall.