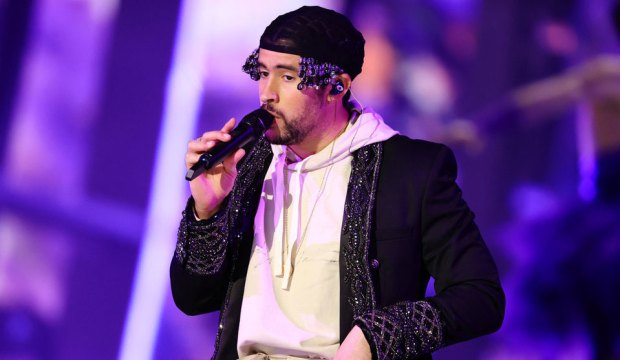 As with all award shows, the Latin Grammys have had a couple of controversies over the years. Perhaps one of the most prevalent is how urban/reggaeton artists are typically ignored in favor of genres like pop, tropical and alternative. This was particularly noticeable last year, when a slew of urban artists complained about the lack of representation, especially given how massive this genre is in popular culture. With most if not all Latin crossover hits of the past few years being reggaeton or reggaeton-inspired, including but not limited to “Chantaje” by Shakira and Maluma, “Mi Gente” by J Balvin, and most recently “Hawái” by Maluma, is it really fair to shut the genre out of major recognition in terms of nominations and wins?

In comes Bad Bunny, who is arguably the biggest Latin artist of the past few years, notching multiple top-40 songs on the Hot 100 including the top-10 hits “Mia” and “I Like It,” as well as three top-10 albums on the Billboard 200 in the span of a year with “Oasis,” “Las Que No Iban a Salir,” and “YHGLMDLG.” In particular, “YHGLMDLG” broke the record for the most first-week streams for an entirely Spanish-language album and became the highest-charting all-Spanish album ever on the Billboard 200. Not only that, it has become a chart fixture, spending most of its run in the top 20 (as of this writing it’s still in the top 30). With this undeniable success, you’d think Bad Bunny would have the Album of the Year Latin Grammy in the bag … right?

The Latin Grammys have been somewhat old-fashioned, usually denying younger artists and urban genres the top honor. The only urban act that won Album of the Year was Calle 13 (“Los De Atrás Vienen Conmigo” in 2009, “Entren Los Que Quieran” in 2011), but their style usually leans into alternative music as well. To date, no fully reggaeton album has won the award, and a quick rundown through the past nominees shows how little this genre has been represented.

Not only would a Bad Bunny win be an acknowledgement of one of the biggest genres in Latin music, it would also be indicative that the Latin Grammys are moving away from veterans and towards new art. Rosalía’s historic win last year for “El Mal Querer” over Alejandro Sanz’s “El Disco” shows that voters might be open to making a more refreshing, creative choice instead of defaulting to familiar music.

How likely is a Bad Bunny win? Well, he definitely has some stiff competition. Latin veterans Natalia Lafourcade (“Un Canto por México Vol. 1”), Carlos Vives (“Cumbiana”), and Fito Páez (“La Conquista del Espacio”) are all vying for their first win in this category, while other singer-songwriters like Kany García (“Mesa Para Dos”) and Jesse and Joy (“Aire Versión Día”) could upset. There’s also global superstar Camilo, whose “Por Primera Vez” is perhaps the biggest hit out of the pop albums nominated, peaking at number-one on the US Latin Pop Albums chart. Bad Bunny may also suffer from vote-splitting; his collaboration album “Oasis” with J Balvin is also nominated, as well as J Balvin’s own “Colores,” and these three collections could split the urban vote.

That said, “YHLQMDLG” is undoubtedly the most successful album nominated, and has also received critical acclaim, rated as one of the best albums of the year by media outlets including Billboard, Complex, and Rolling Stone, and even garnering praise from industry veterans like Ricky Martin and Residente. The album could also get attention for its star-studded featured credits, including veterans like Daddy Yankee as well as newer artists like Anuel AA.

With nine nominations this year alone, his first Latin Grammy win last year, and three regular Grammy nominations thus far, Bad Bunny has achieved undeniable success, so a win here for the Puerto Rican superstar shouldn’t be farfetched. Does that mean reggaeton will finally score its first AOTY win? If there was ever a year for it and an album to represent this massive genre and its leading artist, its 2020 and “YHLQMDLG.”