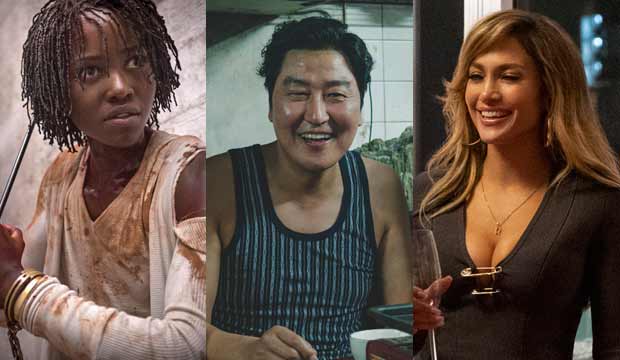 There is not a single person of color nominated for acting at the 2020 BAFTA Awards. We’ve seen shortfalls like that at awards events in the past, and it’s often reflective of a lack of opportunities for nonwhite film professionals in general — you can’t nominate performances that aren’t there. But it’s especially striking at these BAFTA Awards since there were so many potential contenders who have been nominated at myriad events in recent weeks, and they were omitted here with almost surgical precision.

SEE2020 BAFTA Awards: Full list of nominations led by ‘Joker,’ ‘Once Upon a Time’ and ‘The Irishman’

The nominees for Best Actor are Leonardo DiCaprio (“Once Upon a Time in Hollywood”), Adam Driver (“Marriage Story”), Taron Egerton (“Rocketman”), Joaquin Phoenix (“Joker”) and Jonathan Pryce (“The Two Popes”). Missing is Golden Globe and Critics’ Choice nominee Eddie Murphy (“Dolemite is My Name”), though he has been coming up short with multiple other groups too.

The nominees for Best Supporting Actor are Tom Hanks (“A Beautiful Day in the Neighborhood”), Anthony Hopkins (“The Two Popes”), Al Pacino (“The Irishman”), Joe Pesci (“The Irishman”) and Brad Pitt (“Once Upon a Time in Hollywood”). Missing are SAG nominee Jamie Foxx (“Just Mercy”) and critical darling Song Kang Ho (“Parasite”), even though the latter is in a film up for Best Picture.

And the nominees for Best Supporting Actress are Laura Dern (“Marriage Story”), Florence Pugh (“Little Women”), Margot Robbie (“Bombshell”) Robbie again (“Once Upon a Time in Hollywood”) and Johansson again (“Jojo Rabbit”). So no luck for Globe and SAG nominee Jennifer Lopez (“Hustlers”), Critics’ Choice nominee Zhao Shuzhen (“The Farewell”) or, again, anyone from “Parasite” including Cho Yeo Jeong and Lee Jung Eun.

Elsewhere, Bong Joon Ho (“Parasite”) is the only person of color up for Best Director. In writing categories he, co-writer Han Jin Won, and Taika Waititi (“Jojo Rabbit”) are the only nonwhite nominees. The American motion picture academy has been striving to expand its membership to become more inclusive of diverse ethnic and geographic backgrounds in recent years, but if the Oscars take after the Brits this year, expect another hashtag.