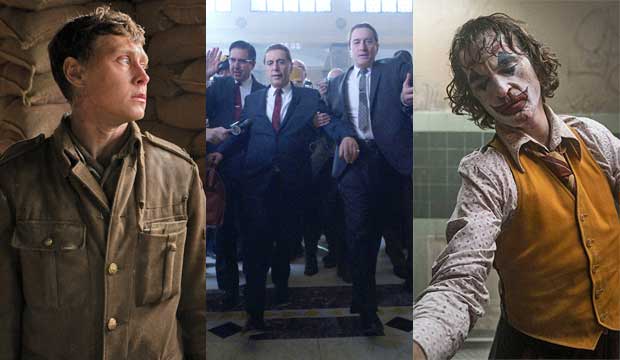 Rounding out BAFTA’s Best Picture lineup, which only has five nominees, are 10-time contenders “The Irishman” and “Once Upon a Time in Hollywood,” plus “1917” (9 nominations) and “Parasite” (4).

Likewise, Noah Baumbach was not cited for directing “Marriage Story” but does vie for his original screenplay. His film is also up for Actor (Adam Driver), Actress (Johansson), Supporting Actress (Laura Dern), and Casting.

Rounding out the Casting category, the first new BAFTA category in 21 years, was “The Personal History of David Copperfield,” which only managed that single nomination.

Bong Joon Ho was nominated as both director and writer of “Parasite.” This Best Picture nominee is also in contention for Best Foreign Language Film as are  “The Farewell,” “For Sama,” “Pain and Glory,” and “Portrait of a Lady.”

“Star Wars: The Rise of Skywalker” was nominated three times too – for Score, Sound, and Visual Effects. And “Le Mans ’66,” known as “Ford v Ferrari” in the US, picked up bids for Cinematography, Editing, and Sound.

“Frozen 2” and “Toy Story 4” are nominated for Animated Film, joined by “A Shaun the Sheep Movie: Farmaggedon” and “Klaus.”

Jennifer Lopez was snubbed for her supporting bid in “Hustlers,” while Christian Bale (lead in “Le Mans ’66”) and Zhao Shuzhen (Supporting Actress in “The Farewell”) also missed out.

The sole representatives of their film are lead actress nominee Jessie Buckley (“Wild Rose”), Tom Hanks (Supporting Actor for “A Beautiful Day in the Neighborhood”), and Rian Johnson (Original Screenplay for “Knives Out”).

While the BAFTA nominations were announced hours before Oscar nominations voting ends, the winners will be revealed on Feb. 2. The 92nd Academy Awards take place on Sunday, February 9.