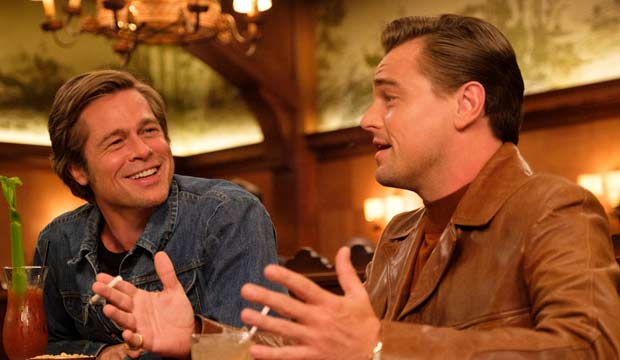 Despite conflicting with the Super Bowl, a slew of American nominees are hopping across the pond to attend Sunday’s BAFTA Awards ceremony at London’s Royal Albert Hall. The 73rd annual BAFTA Awards on February 2 will be hosted by Graham Norton for the first time. He usually presides over the TV edition of these awards handed out by the British Academy of Film and Television Arts.

Four of the five Best Director contenders will be in attendance: Bong Joon Ho (“Parasite”), expected winner Sam Mendes (“1917”), Todd Phillips (“Joker”); and Quentin Tarantino (“Once Upon a Time in Hollywood”). The fifth, Martin Scorsese (“The Irishman”), will be MIA.

Scorsese’s film will be represented by only one of its two supporting actor nominees, Al Pacino. Joe Pesci is taking a pass as are two of the other contenders in that category — Tom Hanks (“A Beautiful Day in the Neighborhood”) and Anthony Hopkins (“The Two Popes”). However the likely winner, Brad Pitt (“Once Upon a Time in Hollywood”), will be there.

But Brad won’t have his on-screen buddy, Leonardo DiCaprio, in the audience to cheer him on. That Best Actor nominee is skipping the trip. His four rivals — Adam Driver (“Marriage Story”), Taron Egerton (“Rocketman), likely winner Joaquin Phoenix (“Joker”) and Jonathan Pryce (“The Two Popes”) — are scheduled to attend.

PREDICT the BAFTA Awards now; change them until February 2

Scarlett is also up for Best Supporting Actress for her heartbreaking performance in “Jojo Rabbit.” Her rivals in that race will all be present: expected winner Laura Dern (“Marriage Story”), Florence Pugh (“Little Women”) and double nominee Margot Robbie (“Bombshell,” “Once Upon a Time in Hollywood”).

Be sure to make your BAFTA predictions so that studio executives and top name stars can see how their films are faring in our odds. You can keep changing your predictions until just before winners are announced on February 2. And join in the fierce debate over the 2020 BAFTAs taking place right now with Hollywood insiders in our film forums. Read more Gold Derby entertainment news.