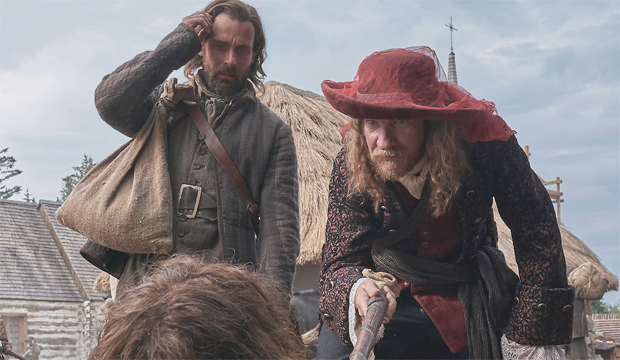 The 2020 Emmy ballots have been released by the Television Academy, so we now know which shows, actors, etc. are in contention for this year’s golden statues. Nat Geo’s limited series “Barkskins” accounts for two entries on the performer ballot, David Thewlis in lead and Marcia Gay Harden in supporting, and it’s a force to be reckoned with for creative Emmy contenders like composer Colin Stetson. This eight-episode series, based on Annie Proulx‘s 2016 novel, tells the story of European colonists trying to make a home for themselves in New France.

Nat Geo is no stranger to the Emmy Awards, earning Best Limited Series bids for “Genius: Einstein” (2018) and “Genius: Picasso” (2019). A third “Genius” installment, starring Cynthia Erivo as Aretha Franklin, was originally scheduled to air this season but was delayed due to the coronavirus pandemic. Will sprawling period drama “Barkskins” now fill the “Genius” void at the 2020 Emmys?

Here’s a closer look at the Emmy-eligible cast members and creative talents for “Barkskins”:

SEE Elwood Reid (‘Barkskins’ showrunner) on adapting novel: ‘The first 100 pages that I was captivated by’ [EXCLUSIVE VIDEO INTERVIEW]