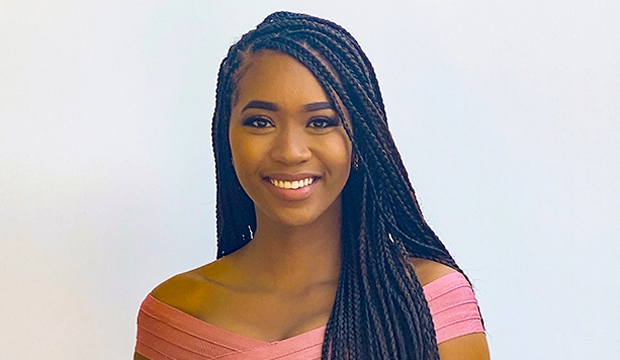 Following an explosive week in the “Big Brother” house, Bayleigh Dayton became the latest All-Star sent packing on Thursday night when the houseguests unanimously evicted the model over her “untouchable” ally Da’Vonne Rogers. Head of Household Christmas Abbott nominated the duo after Bayleigh confided in her that Da’Vonne was her ride or die.

Feeling betrayed by someone they thought was a friend, Bayleigh and Da’Vonne let their feelings be known and Christmas blew up on them in a series of outbursts. Tyler Crispin offered himself up as a backdoor option, but after Christmas refused his gesture it was Bayleigh who walked out of the house for an exit interview with host Julie Chen Moonves.

SEE‘Big Brother 22’ spoilers: Christmas, Da’Vonne and Bayleigh patch things up while Kevin is right for once

“I am doing great,” Bayleigh asserted to Julie following her eviction. “I’m very happy for Da’Vonne and I’m her number one supporter.” Bayleigh was adamant that she didn’t want the houseguests to pin the “Black Girl Magic” duo against each other and asked everyone to make a decision and vote the same  way.

Although she left the house on good terms with her fellow houseguests, there was no love lost for Christmas. “I just feel like this game is intense enough,” she explained. “There’s no reason to pretend that you have somebody’s back, say over and over that you’ll never put them up, you won’t go after them and that you’re working together. Then turn around and stab them in the back. There’s no reason. I just felt very betrayed by her relationship with me. It was too close. We did laundry together.”

Next, Julie revealed that even though Christmas never revealed her own “untouchable” to Bayleigh, it was in fact Tyler. “Of course!” replied Bayleigh. “Tyler is everybody’s untouchable.” But even after hearing that Christmas and Tyler had an alliance, Bayleigh was doubtful she would have targeted them had she stayed in the house.

“You know what Julie, this sounds really stupid but I probably wouldn’t have,” she admitted. “Like I said, Tyler has always had my head twisted and thrown on the floor and all over the place. So I wouldn’t have even known that he was still coming after me from years ago.”

Despite their checkered past, Bayleigh and Tyler have finally buried the hatchet. “Tyler and I have both agreed that whatever it was, it needs to be squashed,” she said. “He admitted to coming after me and sabotaging me. He knows how much that hurt me. I told him that I don’t want anything to do with any of the drama anymore and I want to leave it all in the house.”

Before heading home to her husband, Chris “Swaggy C” Williams, Da’Vonne had some parting words. “I love Da’Vonne,” she reiterated. “I feel terrible for Enzo (Palumbo) and Ian (Terry) and this is going to be a crazy season! The first time was an emotional roller coaster for me and after Swaggy left I had a very, very rough experience. So I wanted to come back to prove to myself that I could still play this game and that those emotional experiences would not define me. I feel like they didn’t and I handled myself very well in this house.”