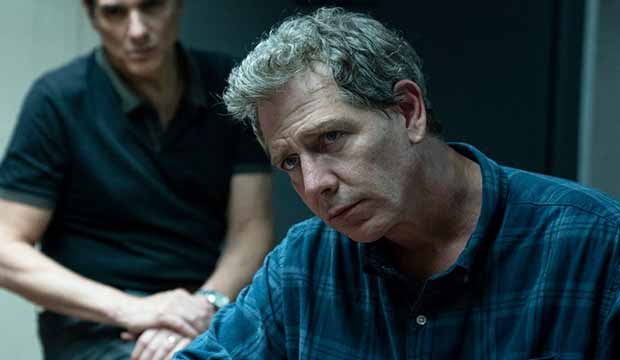 An esteemed actor respected by peers and audiences alike, Mendelsohn is one of those actors who digs deep into a role, and when he is given one as complex as Det. Ralph Anderson on the Stephen King horror/crime thriller series “The Outsider,” you can count on the Australian actor to be back in the Emmy hunt.

SEECan otherworldly ‘The Outsider’ achieve what ‘The X-Files’ couldn’t at the Emmys?

Mendelsohn is, of course, no stranger to Emmy. In 2016, he scored a famed shocker of an upset victory against a phalanx of heavy hitters (Peter Dinklage, Jonathan Banks, Kit Harington, Michael Kelly, Jon Voight) to win as Best Drama Supporting Actor. It was for his performance as Danny Rayburn, the black sheep of a family riddled with secrets in the Netflix series “Bloodline.” (Mendelsohn also received a nomination the prior year for the same role.)

SPOILERS BELOW FOR THE SERIES

After several lucrative years as Talos in the Marvel films “Captain Marvel” and “Spider-Man: Far From Home,” Mendelsohn returned to TV for this HBO series, based on King’s 560-page novel “The Outsider.” His detective is a by-the-book cop in a small Georgia town who is investigating the brutal rape and murder of a local boy. All of the evidence, including video footage, points to the guilt of beloved Little League coach Terry Maitland (Jason Bateman), whom Anderson publicly and humiliatingly perp-walks out of a Little League game in front of all of his friends and neighbors.

The case of a murdered child is particularly personal to Anderson because he recently lost his own child to cancer, and bringing to life the detective’s own personal grief that this case brings to the fore is a specialty of Mendelsohn’s. Whenever he’s not playing heavies (and even sometimes when he is), there is a brooding quality to the actor’s performances that draws audiences in, wanting to know exactly what makes this character tick.

Mendelsohn is not the only potential Emmy contender from “The Outsider”. There’s dazzling writing by Richard Price (“The Wire,” “The Night Of”), strong direction in the first two episodes by Bateman and a powerful supporting performance from Oscar nominee Cynthia Erivo as a psychic detective who partners up with Anderson’s investigation.

Best Drama Series and Best Actor are tougher races to crack, but the Gold Derby series odds for “The Outsider” (currently ranking 11th) and Mendelsohn (who is in tenth place) place them both within striking distance for an Emmy nomination.