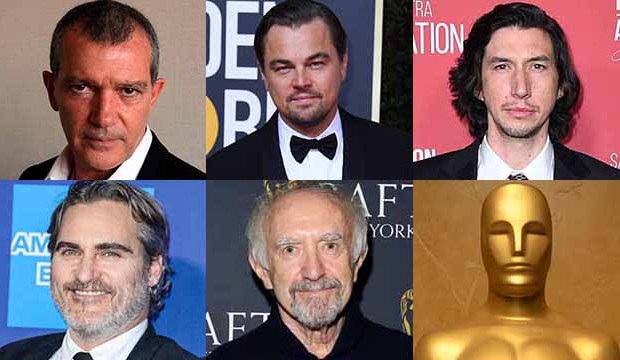 According to 23 of Gold Derby’s 24 All-Star Users, those who had the best accuracy scores over the past few years, Joaquin Phoenix (“Joker”) will win Best Actor at the 2020 Oscars. However, DickGibbo stands alone as the sole All-Star User who thinks an Oscar surprise is on the horizon in the form of Adam Driver (“Marriage Story”). Is he right? There’s still time to make your Oscar predictions before the February 9 ceremony on ABC.

SEEIs Scarlett Johansson doomed to be this year’s Julianne Moore at the Oscars?

Phoenix has already claimed prizes at the Golden Globes, Critics’ Choice, SAG and BAFTA Awards for his role as the anti-superhero, but Driver could earn extra credit points from Oscar voters for headlining no less than three films on the 2019 calendar: “Marriage Story” as a father going through a divorce, “The Report” as a Senate staffer and “Star Wars: The Rise of Skywalker” as antagonist Kylo Ren. The other Best Actor nominees are Antonio Banderas (“Pain and Glory”), Leonardo DiCaprio (“Once Upon a Time in Hollywood”) and Jonathan Pryce (“The Two Popes”).

However, DickGibbo defies the odds in two other categories. He chooses “Once Upon a Time in Hollywood” for Best Costume Design instead of odds leader “Little Women,” and he picks “Joker” for Best Makeup & Hairstyling instead of front-runner “Bombshell.”

DickGibbo is one of the 24 All-Star Users who did the best when predicting the past few years of Oscar winners. Looking over his scores last year, he correctly forecasted 19 wins including director Alfonso Cuaron (“Roma”), actor Rami Malek (“Bohemian Rhapsody”), supporting actor Mahershala Ali (“Green Book”) and supporting actress Regina King (“If Beale Street Could Talk”). The only two top races he got wrong were Best Picture (picking “Roma” over “Green Book”) and Best Actress (picking Glenn Close over Olivia Colman).