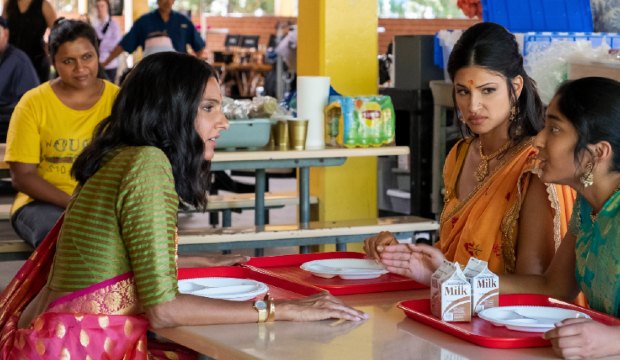 The Emmy Awards ballot lists 213 episodes (from 118 series), so there will be seven nominees this year under the new rules. There were seven for the first time in the category’s history last year:

Only “The Good Place” returns to defend its slot. “Better Things,” “Ramy” and “Sex Education” are among those hoping to capitalize on the open field after being snubbed last year. “The Good Place” contends for its series finale, as do “Schitt’s Creek” and “Silicon Valley.” “Schitt’s Creek” seeks its first nomination in this category after scoring its first Emmy nominations last year. It is now the odds-on favorite for Best Comedy Series, according to Gold Derby’s Experts and Editors predictions.

When polling our Users, it trails “The Marvelous Mrs. Maisel,” which was snubbed in this category last year. “Silicon Valley” is also looking to return, having been nominated for all five prior seasons before missing eligibility last year because of an extended hiatus. The last series finale to win this award was that of “30 Rock” in 2013. The other series finales nominated last decade were from “The Office” the same year and “Veep” last year.

SEEour take on the Emmy race for Best Comedy Directing.

This race has been more receptive of pilots, nominating 10 last decade, including 2010 winner “Modern Family” and 2018 winner “The Marvelous Mrs. Maisel.” Pilots on the ballot this year include those of “Dave,” “The Great” and “Never Have I Ever.” “Dave” and “Never Have I Ever” each have a second episode on the ballot. “Dave” entered a third, but it was withdrawn to lessen vote-splitting after Dave Burd‘s interview with Gold Derby. Major contenders that have triple-submitted in this race include “Insecure” and “What We Do in the Shadows,” neither of which has been nominated when they have contended here previously. Burd’s co-writer on the “Dave” pilot is Jeff Schaffer, who also contends for “Curb Your Enthusiasm.” That 20-year-old series is on this ballot for the first time, not having contended previously because of its improvised dialogue.

The additional “Never Have I Ever” episode is credited to Mindy Kaling, a past nominee in this category for “The Office” who is also credited on the “Never Have I Ever” pilot. Writers are prohibited from multiple submissions for the same show, but Kaling co-wrote the pilot with Lang Fisher. The pilot was hence entered by Fisher alone, although both Fisher and Kaling would receive equal credit on a nomination. Liz Feldman similarly co-wrote both “Dead to Me” submissions. “The End of the F***ing World” has only submitted one episode, which is all that it could with Charlie Covell being its sole writer.