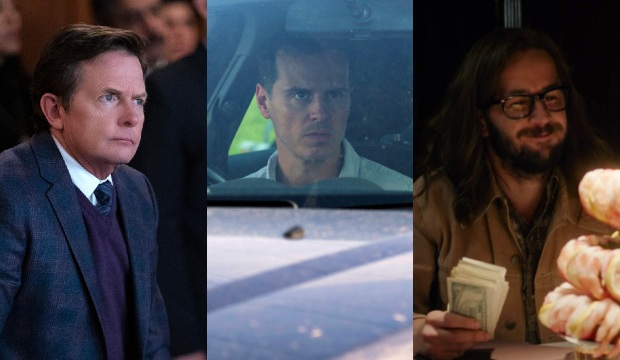 You can now predict the 2020 Emmy Award nominations for the guest categories in the Gold Derby predictions center. Best Drama Guest Actor is the only guest race guaranteed for the outcome not to be a repeat of last year, as incumbent winner Bradley Whitford did not guest star on any dramas this season; he contends for his winning role on “The Handmaid’s Tale” in Best Drama Supporting Actor now. The two men who won before him are back in contention however: 2018’s Ron Cephas Jones and 2017’s Gerald McRaney, both for “This is Us” again. Their co-star Michael Angarano looks to repeat his nomination from last year and BD Wong from “Mr. Robot” eyes a comeback nomination after being ineligible in this category since his 2017 nomination.

Michael J. Fox was nominated all five times that he submitted for consideration for “The Good Wife” from 2011 to 2016; he reprised the role in “The Good Fight” this year. “The Good Wife” reaped 10 nominations for four actors in this category and Fox could be just the name that the spin-off needs to debut here, being the most-nominated actor in the history of this category. He was first nominated for “Boston Legal” in 2006 before winning for “Rescue Me” in 2009. This leaves at least one slot for a new nominee.

Jones was nominated as a supporting actor on “This is Us” before winning as a guest; Michael McKean was snubbed as a supporting actor on “Better Call Saul” before being nominated as a guest last year. Former supporting actors making a play in guest this year include Beau Bridges (“Homeland”), Bobby Cannavale (“Mr. Robot”), O-T Fagbenle and Max Minghella (“The Handmaid’s Tale”), Simon Quarterman and Rodrigo Santoro (“Westworld”), as well as Dean Norris (“Better Call Saul”) reprising his “Breaking Bad” role.

Asante Blackk (“This is Us”), Jason Bateman (“The Outsider”) and Charles Dance (“The Crown”) are dropping down by submitting as guest actors because they appeared in few enough episodes to qualify, despite being credited as main cast members. Other past Emmy nominees and winners in contention include James Cromwell (“Succession”), Judd Hirsch (“Hunters”), Christopher Meloni (“The Handmaid’s Tale”), Alexander Skarsgård (“On Becoming a God in Central Florida”) and “The Morning Show” guests David Morse, Mike O’Malley and Martin Short.

And how about Andrew Scott, who was surprisingly snubbed last year for “Fleabag”? He is the only guest actor submitted for “Black Mirror,” which now competes as a drama series instead of in TV Movie.

What drama guest actors do you think the academy will nominate? Make your Emmy predictions so that Hollywood insiders can see how their shows and performers are faring in our odds. You can keep changing your predictions as often as you like until the nominations announcement on July 28. And join in the fun debate over the 72nd Primetime Emmy Awards taking place right now with Hollywood insiders in our television forums.