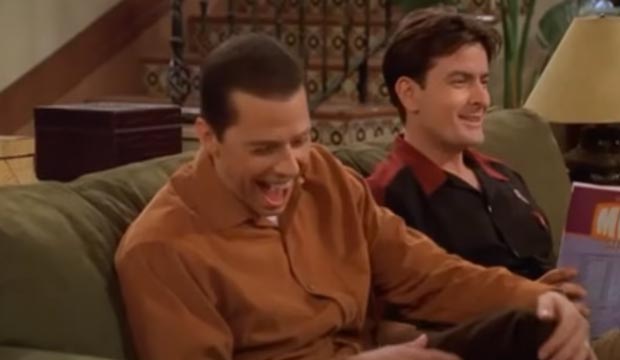 Gerald McGrew claims he would like to collect “a Nerkle, a Nerd, and a Seersucker too” for his imaginary zoo in the Dr. Seuss story “If I Ran the Zoo.” It soon became the slang word for someone who is a “square.” Sixty years later, the word “nerd” immediately brings to mind a certain visual: Braces. Eyeglasses. Ill-fitting britches. Outdated hairdo.

Although there are plenty of nerdy characters throughout the history of television – Beaver (Jerry Mathers) and Barney Fife (Don Knotts), for instance, in the early days – the sitcom “Happy Days” is credited for popularizing the term again in the late 1970s. At that time, it referred to anybody who was “uncool” – basically anybody who wasn’t Fonzie – but it was Potsie Weber (Anson Williams) who more often than not got that moniker. As time has moved on, the word nerd has evolved to encompass a wide variety of characters, including the socially awkward who have trouble fitting in, such as Betty Suarez (America Ferrera) or Lenny and Squiggy (Michael McKean, David L. Lander); the outcast who gets bullied such as Fez (Wilmer Valderrama) or Sam Weir (John Francis Daley); the tech or science whiz who solves mysteries such as Dr. Hodgins (T. J. Thyne) or Dr. Reid (Matthew Gray Gubler); and, of course the brainiacs who fall into several of these categories such as Dwight (Rainn Wilson) and the wonderful group of nerds from “Big Bang Theory” (led on our list by Jim Parsons).

Some of these characters were originally meant to be on only one or two episodes, but became breakout characters. Urkel (Jaleel White) defined the word “nerd” for a generation, and has become his own slang term. Felicity Smoak’s (Emily Bett Rickards) nerd to Oliver Queen’s vigilante hero was an unexpected and very popular dynamic. Many of these nerds are not the leads of their programs, but they are some of the most memorable characters in the history of the medium. Enjoy this stroll down memory lane filled with nose honks and whistles, big glasses, high-pitched voices and those outcasts we love to root for.

Tour our photo gallery featuring the 40 best TV nerds, geeks, etc. We were only allowed one choice for any given show, so making these selections was certainly not easy.