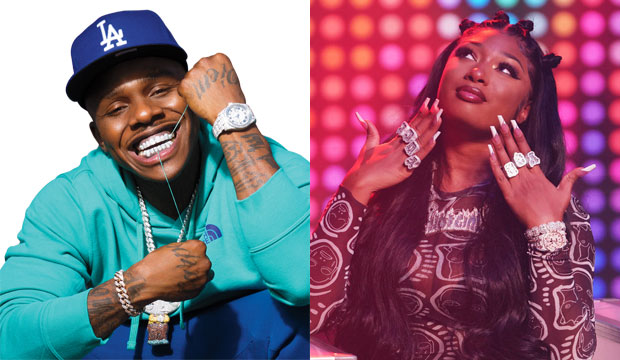 The BET Hip Hop Awards will be held on October 27. DaBaby enters the event with a leading 12 nominations, but can he win the top prize, Hip Hop Artist of the Year? It looks like a close race against Megan Thee Stallion, according to the combined predictions of our users who have placed their bets here in our predictions center.

DaBaby gets leading odds of 11/2. His dozen bids this year is way up from 2019 when he contended for three awards, winning Best New Artist. The prolific rapper has exploded in the last year, releasing three studio albums in the span of 13 months, two of which are BET Hip Hop Award nominees for Album of the Year: “Kirk” and “Blame it on Baby.” And after breaking through with the Grammy-nominated top-10 hit single “Suge” last year, he topped the Billboard Hot 100 for the first time this past summer with “Rockstar,” his collaboration with Roddy Ricch.

Of course, it has also been a pretty good year commercially for Megan The Stallion, who has eight nominations and follows close behind in our predictions with 13/2 odds. She too was a winner last year, taking home two BET Awards for Best Mixtape (“Fever”) and Hot Ticket Performer. She did lose Best New Artist to DaBaby, but this year she topped the Hot 100 twice with her singles “Savage” (with Beyonce) and “WAP” (with Cardi B). She’s peaking at the right time, including a politically charged performance during the season premiere of “Saturday Night Live,” so don’t count her out.

The aforementioned Roddy Ricch trails in the category with 8/1 odds, but we might be underestimating him given his success. He too lost BET’s Best New Artist to DaBaby last year, but that was before his commercial domination. His single “The Box” from early 2020 is still the longest-running number-one hit of the year with 11 weeks at the top of the chart. His debut album “Please Excuse Me for Being Antisocial” was also a chart-topper and has gone platinum. Oh, and he has 11 nominations this year, second only to DaBaby.

The rest of the field is farther behind. Lil Baby ranks fourth with 9/1 odds, while the two relative veterans in the race, Drake (21/2 odds) and Future (23/2 odds), round out the competition.