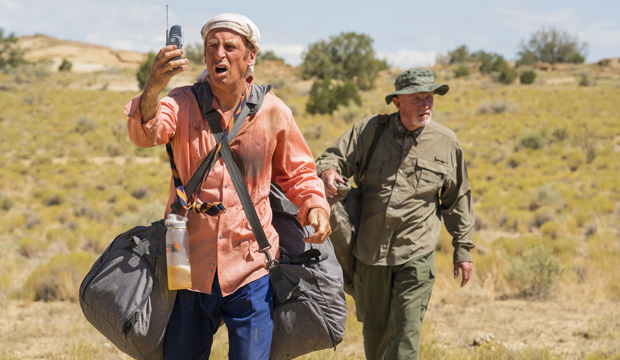 “Better Call Saul” co-creator Vince Gilligan returned to the director’s chair this season to oversee “Bagman,” an episode that quickly became one of the most heralded from the show’s five seasons. In this eighth episode, Jimmy/Saul (Bob Odenkirk) and Mike (Jonathan Banks) are stranded in the desert as they struggle to survive against the elements and cartel hitmen. Meanwhile, Kim (Rhea Seehorn) tries to convince drug kingpin Lalo (Tony Dalton) to tell her the location of her missing husband. The Gordon Smith-penned episode deserves to rake in a boatload of Emmys, both above the line and behind the lens, but there’s one catch: “Better Call Saul” has never won an Emmy Award.

To date the popular “Breaking Bad” spinoff has amassed 32 Emmy nominations, including for Best Drama Series, Odenkirk as Best Drama Actor, Banks and Giancarlo Esposito as Best Drama Supporting Actor, and Michael McKean as Best Drama Guest Actor. In addition, Gilligan was nominated for directing “Witness” (2017) while writing bids have gone to Smith for “Five-O” (2015) and “Chicanery” (2017) and Peter Gould & Thomas Schnauz for “Winner” (2019)

After five years on the air, will AMC’s “Better Call Saul” finally take home some hardware? Many of Gold Derby’s Emmy Experts from major media outlets are feeling s’all good, man in these major categories:

Season 5 of “Better Call Saul” just aired this spring, which puts it top of mind as TV academy members begin marking their ballots. This year, Odenkirk continued his juicy transformation from slimy lawyer Jimmy McGill to the drug cartel’s #1 go-to attorney Saul Goodman. The timeline is getting closer and closer to catching up with parent series “Breaking Bad,” which we’ll remind you didn’t win Best Drama Series until its fifth season.

Also in the show’s favor? These new episodes of “Better Call Saul” received a remarkably strong reception from critics and audiences alike; it has a 99% fresh score at Rotten Tomatoes and a 92% rating at MetaCritic.