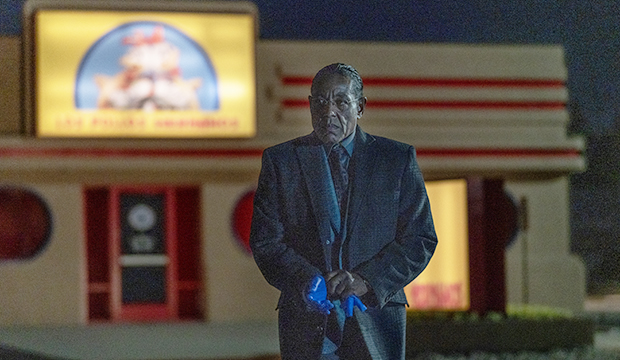 The Best Drama Supporting Actor Emmy category as we know it was established 50 years ago and in that time, it has never seen a black winner — the only remaining long-running category without one. And that unfortunate drought looks like it’ll continue this year if our odds prove to be correct.

Esposito is one of 11 black performers who’ve reaped 18 drama supporting actor nominations between them since the Emmys established genre-specific acting categories in 1970. He was first nominated in 2012 for “Breaking Bad,” on which he originated Gus Fring, losing to co-star Aaron Paul. After that, there wasn’t a black nominee in the category for five years, until Ron Cephas Jones (“This Is Us”) and Jeffrey Wright (“Westworld”) were shortlisted and lost to John Lithgow (“The Crown”) in 2017.

SEE ‘Better Call Saul’ renewed for sixth and final season — and 2 of your ‘Breaking Bad’ faves are back!

The following year, Best Drama Supporting Actor was the only acting category without a person of color nominee, with Wright upgrading to lead and Jones winning in guest — an especially notable oversight since black performers swept all four guest categories for the first time that year.

The good news for Esposito, who joined “Better Call Saul” in its third season in 2017 but was snubbed, is that he is almost in the exact same position now as he was a year ago. Last year, he was in 10th place in our odds, but surprised with a nomination in a field of seven. So maybe being under-predicted works for him. His nomination was partly credited to the open category last year with four of the previous year’s nominees ineligible, which is also the case this year: Four of last year’s seven nominees are gone (“Game of Thrones'” Peter Dinklage, who won for the record-breaking fourth time, Alfie Allen and Nikolaj Coster-Waldau, and “House of Cards'” Michael Kelly).

It hasn’t been Gus-heavy on “Better Call Saul” this year, but Season 5 is the show’s most acclaimed season yet — and it just aired one of its best hours with “Bagman,” which was also Gus-free — so that could also boost him. And with Dinklage finally out of the way, this is up for grabs. The bad news? “Better Call Saul” is 0-32 at the Emmys.

Best Drama Supporting Actor became the sole long-running category without a black winner after Viola Davis (“How to Get Away with Murder”) made history as the first black Best Drama Actress champ in 2015. The short form acting categories, which were created in 2016, have already yielded one, for Kim Estes in actor on “Dicks” in 2017.

MAKE YOUR PREDICTION: Who will win Best Drama Supporting Actor?
To save your prediction, you must log in to Gold Derby. Click here to sign in with existing account -- or create a new one.