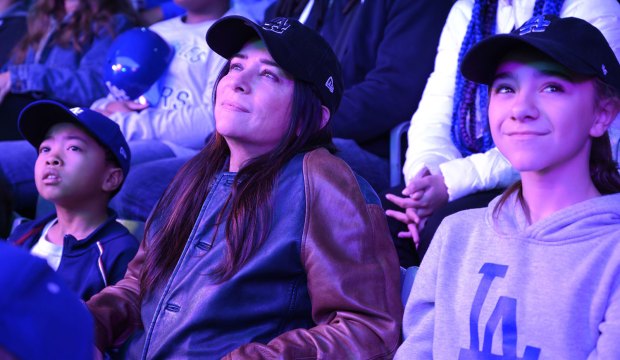 “Better Things” aired its fourth season on FX to some of the best reviews for any TV series this spring (scoring 90 on MetaCritic), but despite Emmy nominations in 2017 and 2018 for writer-director-creator-star Pamela Adlon, the show about a single mom raising three daughters has yet to contend for Best Comedy Series. That’ll change, though, according to five of the Expert journalists we’ve surveyed from top media outlets as of this writing.

Chris Harnick (E!), Ed Martin (Media Village), Ben Travers (IndieWire), Ken Tucker (Yahoo) and Matt Webb Mitovich (TVLine) are betting on “Better Things” to earn its first nomination in the top category. It’s not too common for a show to earn its first nomination at this point in its run, but it’s not unheard of, especially in recent years. “Scrubs,” “How I Met Your Mother,” “Weeds” and “The Big Bang Theory” all broke through in the top category for their fourth seasons.

“Better Things” is additionally helped by how many of last year’s nominees aren’t eligible in 2020. Best Comedy Series champ “Fleabag” ended its run. So did “Veep.” And “Barry” and “Russian Doll” won’t have any new episodes on the air in time to compete in this year’s Emmy cycle. “Better Things” may especially be a position to capitalize because, like most of those absent shows, it’s an offbeat comedy whose star is also a driving creative force of the series.

SEEPamela Adlon (‘Better Things’): ‘It’s been 4 seasons of a crash course in how to direct a show like this’ [EXCLUSIVE VIDEO INTERVIEW]

Adlon directed every episode of season four and wrote or co-wrote half of them. So her work here could appeal to many of the same voters who loved Phoebe Waller-Bridge‘s dysfunctional family on “Fleabag” and Natasha Lyonne‘s efforts on “Russian Doll.” And Emmy voters have long been fans of Adlon already. In addition to her two recent bids for “Better Things,” she earned four nominations as a writer, producer and guest actress on “Louie,” and she won Best Voice-Over Performance in 2002 for playing Bobby Hill in “King of the Hill.”

So do you agree with those Experts who say that the Emmys will finally get “Better” this year?