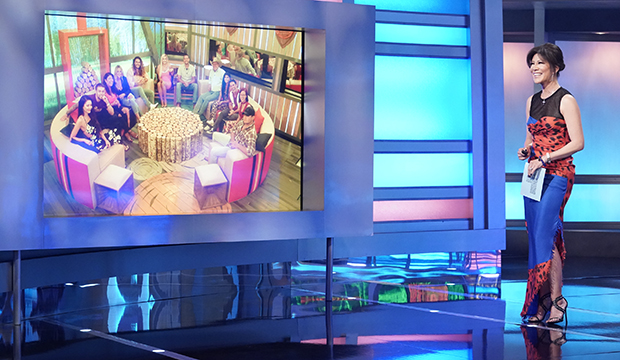 “Big Brother” is hoping to still air this summer, but first, a twist: Season 22 may be an all-stars outing.

CBS is reportedly in talks with former players, including past winners, to join its second all-star season to mark the 20th anniversary of the hit series, “Us Weekly” reports. Before you get too excited, some alums have already declined the offer for various reasons, with concerns over the coronavirus pandemic being one of them, according to the magazine.

Last month, CBS Entertainment President Kelly Kahl was optimistic that “Big Brother” and “Love Island” will be make it to  air sometime this summer. “The key difference on those shows is the turnaround time is quick,” Kahl told “The Hollywood Reporter.” “‘Big Brother’ airs live shows every week. ‘Love Island’ is essentially a one-day turnaround. If we can get into production, and we certainly anticipate that, we anticipate having those shows on this summer.”

If Season 22 can get off the ground, things will be a little different. Houseguests will be quarantined for 14 days before the game starts in compliance with COVID-19 guidelines. And due to production delays, the season would also debut later this summer (“Big Brother” usually launches at the end of June).

While “Big Brother,” which premiered July 5, 2000, has brought back handfuls of alums throughout the years, this would be the show’s first all-star season since the seventh installment in 2006, won by Mike “Boogie” Malin, who previously finished eighth in Season 2. Fans have been clamoring for another all-star edition for years. Last year, fans thought an “all-star” patch on Julie Chen Moonves‘ jacket in a promo photo was a clue, but alas, Season 21 was all newbies.

Speculation was at an all-time high two years ago for the 20th season, but that also turned out to be an all-new cast. At the time, executive producers Allison Grodner and Rich Meehan said they didn’t want to do another all-stars yet because there had been returnees the past couple of years. “It’s nice to have a fresh start for ‘BB20’ and to have a brand-new cast of people and brand-new cast of potential ‘all-stars’ in the future,” Grodner said. “Our goal is to build the ‘all-stars’ for the next 10 years.”