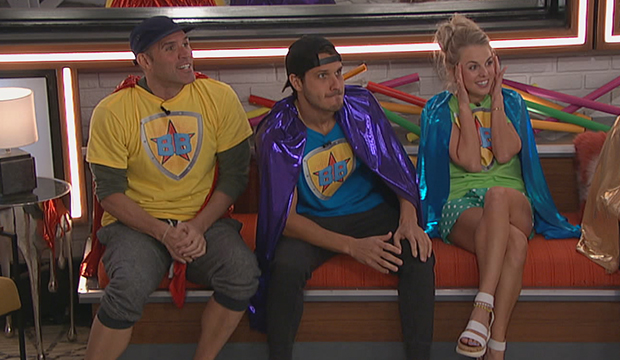 Cody Calafiore, Nicole Franzel and Enzo Palumbo are in the final three on “Big Brother 22,” and as Julie Chen Moonves noted on Thursday, they’ve all been here before. The trio has joined just three other people as the only players to make multiple final threes on the show.

The other three are Janelle Pierzina, Dan Gheesling and Paul Abrahamian. Janelle did it first in back-to-back years, placing third on Seasons 6 and 7, the first all-stars outing. Dan won Season 10 and then finished second on Season 14 to Ian Terry, becoming the first person to reach two final twos. Paul later joined him, finishing runner-up on Seasons 18 and 19 to Nicole and Josh Martinez, respectively.

At the moment, Dan has the best record of any returning houseguest with his first and second finishes, but Nicole could grab bragging rights by becoming first two-time winner. Cody could match Dan’s gold and silver placements or he could also match Paul by losing in the final two twice. Coincidentally, Nicole (first), Cody (second) and Enzo (third) could all repeat their previous finishes.

This season started with 11 people (out of 16) who finished in third or better in their previous stints. Christmas Abbott was evicted over Nicole on Thursday, but if she had stayed, she would’ve fulfilled this repeat final three stat as well since she came in third on the 19th installment.

In the first all-stars season, only Janelle had a final three appearance under her belt. Mike “Boogie” Malin, who won the $500,000, came in eighth on the second season and runner-up Erika Landin just missed the cut in Season 4, finishing in fourth place.