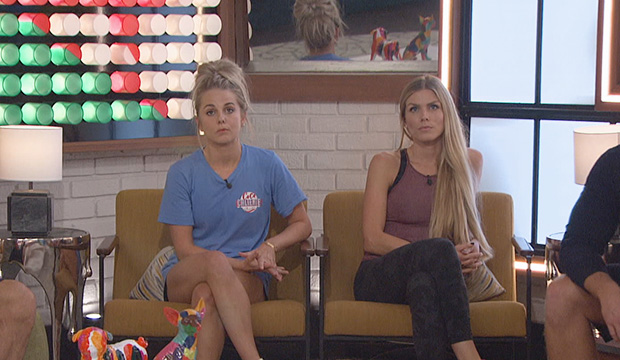 The three-time player went out swinging, exposing Tyler Crispen and Christmas Abbott‘s final two in her speech and then rejecting hugs from both. She was hurt, though, by Cody Calafiore not casting a vote to keep her. We caught up with the fifth juror to get her thoughts on her abrupt exit.

Gold Derby: Did you expect to sway anyone’s votes when you called out Tyler and Christmas in your speech?
Dani: I definitely did not expect to sway anyone’s votes when I called out Tyler and Christmas. Hey, look, I’m Dani from “Big Brother.” If I’m known for one thing, it’s calling people out and going out with a bang. I’m so happy I did because I would never have it any other way. I thought I was staying, but if I was staying or if I was going, I wanted to shake things up. Things were getting a little boring, and Christmas needed to be called out and so did Tyler. And so I’m glad that I did.

SEE ‘Big Brother 22’s’ David does not understand why Memphis had it out for him: ‘I’m not a fan of him’

Gold Derby: You said you regret not pushing harder for Tyler’s eviction during your HOH. Do you also regret not targeting Christmas as well?
Dani: When I was HOH, Christmas and I did have open lines of communication, so at that time, Christmas was not my target. I saw Tyler as a bigger threat. I knew Tyler had already come after me, and that was something I needed to get my hands onto. Christmas — I definitely didn’t want her to stay around for too long, but at that specific time, she would’ve never been my target because we had open lines of communication.

Gold Derby: Why do you think Cody didn’t vote to keep you?
Dani: I truly believe that Cody did not vote to keep me because he probably has an alliance with Enzo [Palumbo] — a final two — possibly a final two with Nicole [Franzel]. And when it comes down to it, I truly believe that Cody probably thought he couldn’t beat me in the end, and that I would be the Derrick [Levasseur] and he would always be the Cody.

'Hell's Kitchen' season 19 episode 7 recap: Who was eliminated in 'A Pair Of Aces'? [UPDATING LIVE…