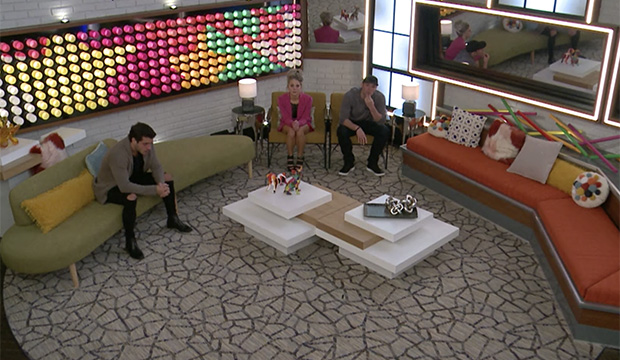 In the end, “Big Brother 22” did live up to its motto even in its most predictable season ever. Sure, Cody Calafiore won the $500,000 on Wednesday’s live finale as we all thought he would, but everyone and their mother expected him to take Nicole Franzel to the final two (including probably Cody’s and Nicole’s since their moms are friends IRL). Instead, he did the unexpected and actually brought Enzo Palumbo, whom he crushed 9-0. That was always the better play for him, and in hindsight, we should’ve realized he would do it.

Cody seriously lucked out in that he ended up with two people with whom he had final twos and who both were willing to take him, the most dominant player of the season, to the final two. But unlike Nicole and Enzo, who frequently let us know their feelings and frustrations on the live feeds when they were alone, Cody has never been much of a cam-talker. And he was awfully quiet this final week, presumably weighing all his options in his mind, so we never truly knew what he was thinking even as he, as we now know, was telling people what they wanted/needed to hear. During conversations with Nicole, they’d joke about cutting each other, but they would all end with both saying they’d take one another. With Enzo, who didn’t do that much campaigning, Cody would employ his usual one-on-one tactic of nodding along without offering much.

The biggest clue that Cody gave us that he might evict Nicole was last week when he cam-talked his disbelief that he’s gotten himself into a position where he didn’t even have to win the final HOH because he had two people who’d take him. During this, he said he trusts Enzo more because Nicole can be “sneaky like that” and “slick,” and he clocked her for downplaying her Season 18 win. Lest we forget, Nicole voted for Derrick Levasseur to win in Season 16, not Cody, so perhaps that was front of mind too and he wasn’t sure if he could trust her to keep her word.

And Nicole is sneaky. She’s steathily really good at this game, but deflects it with a “who, little ol’ me?” veneer. Meanwhile, with Enzo, what you see is what you get. On Wednesday, in response to Nicole’s jury question, Cody told her she had done things that were “overlooked” and “unexplained,” so he couldn’t take that chance.

Though they had a final two from the start, Cody and Nicole got really tight at the end of the game after Dani Briones was bounced in the triple eviction. She was close to both, especially Cody, and he could’ve very easily voted to keep her over Nicole. Instead, he evicted Dani, remarking that she will “never forgive” him, showing that he was willing to cut his closest allies and prioritize strategy over loyalty, unlike last time. And axing Nicole — a former winner — seems like a no-brainer strategic move. Let’s also not act like all the grief Cody’s gotten the past six years for taking Derrick instead of Victoria Rafaeli has not been on his mind.

But the most obvious tell was on the finale itself. It was clear that Cody had told Nicole that he was evicting her during the commercial break after he won Part 3 of the HOH comp. We came back to an intensely fraught scene with Nicole and Cody both teary-eyed and blubbering. You could see it in Nicole’s face that she knew she was going. She’d been in a good mood this week, believing she was in the final two and repeatedly practicing her final speech, and now was crying. Cody could not even look at her. That’s not the behavior of two people who are going to be in the final two together in mere minutes. Nicole could hardly croak out her speech, which was a reminder that she would not cut him if she were the final HOH, and Cody was so choked up that he could only nod when Julie Chen Moonves asked if he was ready to make his decision.

And like that, Cody delivered one of the only surprises of the season. Cody may not know demonyms, but he knew what he had to do to finally win. Sorry for doubting you, bro.