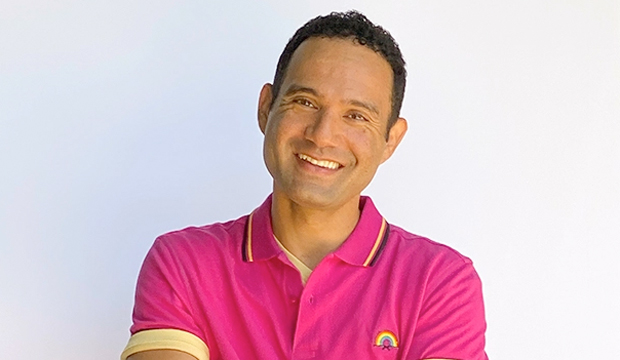 Kevin Campbell became the first “Big Brother” All-Star to dodge eviction on Season 22 when the house sent Keesha Smith packing in a unanimous 13-0 vote during week one. The Chula Vista native should certainly feel more comfortable after that decisive blowout, but somehow I doubt it. Watching him completely unravel throughout the first week in the house was uncomfortable, awkward and left me constantly screaming at the television, “Get it together, Kevin!”

The Season 11 veteran walked into the house poised to win it all, citing life experience and a powerful alter ego by the name of Anita Veto as his new path to victory. Kevin placed third on his original season after losing the final HOH competition to Jordan Lloyd, who later defeated Natalie Martinez for the grand prize. He certainly has the clout and knowledge to go deep in the game, so why has Kevin been acting like a victim forced into a tortuous battleground?

On day one Kevin advanced to the first HOH competition but lost, earning a Have Not status for the week. “Why am I a Have Not already on day one?” he whined as if three others hadn’t suffered the same fate. “I feel discarded into this room that is underneath this beautiful ‘Big Brother’ city above me and I’m crawling underneath the sewage system of ‘Big Brother’ land. And I’m just like, Have Not? Have no!”

With Cody Caliofore winning the HOH, Kevin’s self pity took control and it seemed like all confidence was lost. “I feel like I’m a hot, awkward potato that nobody wants to grab,” Kevin groaned in the Diary Room. “I walked into this house carrying that baggage and I should have checked it at the door.”

Any competent player knows it’s imperative to speak to the reigning HOH in hopes of securing your safety, but Kevin’s efforts to pull Cody closer to him were a tragic mess. “I was never a cool person,” Kevin whimpered as Cody looked at him with complete and utter pity. “It’s hard for me to have a conversation with people who are very different than me. You’re so perfect. You’re so kind and nice. I feel so flawed.” Cody hugged Kevin through the incredibly awkward moment but decided to throw him on the block anyway.

As a nominee, Kevin went into a full on meltdown. After he vowed to stop crying, win the Veto and gun for Cody, Kevin quickly fell into victim mode, saying, “I’m embarrassed. I should be doing better than this! I don’t want to let anyone down. I feel like I’m letting myself and everybody down.” What happened to the Kevin filled with determination and humor as he told us he was going to “snatch” the title in his promo reel?

To make matters worse, Kevin pulled Cody aside and blamed himself for going on the block and started over-promising whatever he could to get the “cool kid’s” approval. Desperate and ashamed, Kevin offered Cody a “down low-mance” which included a secret alliance between the two that nobody would know about. For his part, Kevin would keep Cody safe should he win HOH. He would also choose Cody as his plus one if he wins the Safety Suite. What did Cody have to promise in return? Basically nothing as long as Kevin wasn’t evicted Week 1.

Kevin still has time to turn this around. His humor and social skills are enough to keep him rolling through this game if he just calms down and stops whining. Perhaps it’s time to call on that alter ego, Anita Veto, tighten his wig and find a new path to victory!