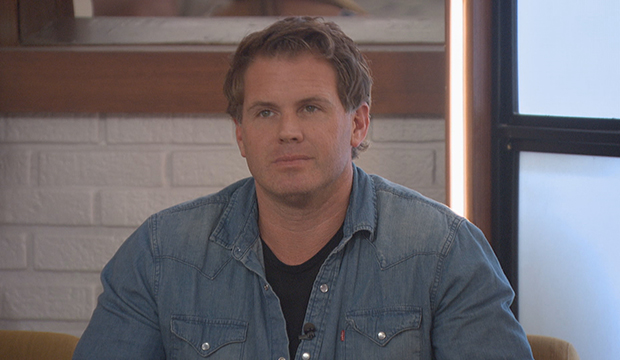 Though it wasn’t on the level of barefoot Austin Matelson, we got our first blindside of the season on Thursday’s “Big Brother 22” when Memphis Garrett was evicted 2-0 over Christmas Abbott. The Season 10 runner-up and Committee founder spent the week thinking Version 1.0 of the Wise Guys, Enzo Palumbo and Cody Calafiore, had his back, and while Enzo did make a minor attempt to flip the vote, Cody and Nicole Franzel wanted Memphis gone.

We caught up with Memphis from the jury house to get his thought on his untimely demise and how his second go-around, working with a large alliance, compared to getting to end on Season 10 with his fellow Renegade Dan Gheesling.

Gold Derby: You were blindsided, but do you think there was anything you could’ve said or done that would’ve changed the vote?
Memphis: I was definitely blindsided and I don’t think there was anything I could’ve said to change the vote. I mean, look, the guys looked at me as a threat and not as an ally, which I thought I was, so from that angle, if you have someone like me that is a threat sitting in that seat, you gotta take your shot.

Gold Derby: You were always honest with nominees about your vote. Are you disappointed they didn’t give you a heads-up?
Memphis: I was always trying to be very honest with the people [about] who I was voting for because that’s how I would’ve liked to be treated. They decided not to treat it like that, so yeah, it definitely gets under my skin a little bit that they weren’t able to tell me to my face that they were going to vote me and that I was a threat to them. But, you know, not everyone has the balls.

Gold Derby: Did you ever suspect that Cody or Christmas knew about the other Wise Guys?
Memphis: There were moments in the game where I thought the Wise Guys double alliance, same name, that there could be an issue with that, but there wasn’t any writing on the wall that I was too concerned about. I’m looking forward to finding out exactly when Cody found out and if Christmas actually knew or not.

Gold Derby: You spent your three HOHs targeting David [Alexander]. In hindsight, do you wish you had gone after bigger threats instead of a rookie?
Memphis: Me targeting David — at the same time, I thought Dave was a wild card. I had never seen him play — I didn’t like the fact that he was in the house and I had never seen him play. I didn’t know what he was going to do next. But at the end of the day, at the beginning, I was staying loyal to the Committee, which was an alliance that I had built, and going after David kept me in good graces with the Committee, and nothing too crazy. That’s what I was trying to stay true to until the Committee imploded, so, no, I have no regrets in that regard.

Gold Derby: How did this season compare to Season 10, when you had one ride or die all the way through?
Memphis: The comparison to Season 10 for me and my alliance, the Renegades with Dan — look, it’s a lot easier to have one alliance member than to have — I think I had 12, I dunno. I mean, I can’t even keep count at this point. But it’s definitely easier to have one that you have to stay loyal to than a bunch and a lot of people to manage. I will say that I had a lot more fun on this season — no offense to Dan because me and him have a great relationship, and we’re still friends to this day — but this season was a lot more fun for me.