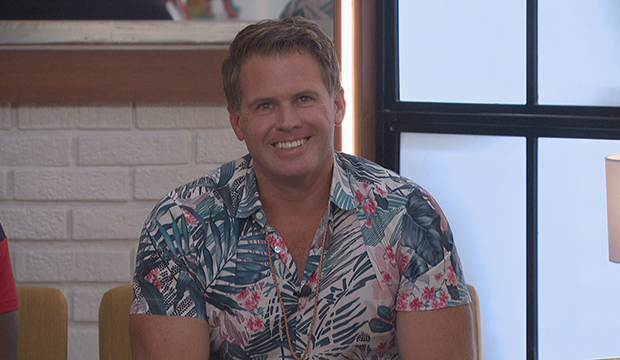 Maybe there’s a part of Memphis Garrett that regrets winning HOH on Thursday’s “Big Brother 22: All-Stars” because everyone wanted a piece of him Thursday night while he just wanted to go to bed. Dude, feel you.

Memphis had to lock the door eventually to prevent people from approaching him, but he did have a few convos that revealed in which direction he’s leaning for nominations. Having never been HOH until now, he’s seemingly keeping his cards close to the vest (or maybe he was just exhausted and wanted to go to bed), telling people he doesn’t have anyone in mind. He wasn’t even that forthcoming with his alliance — Cody Calafiore, Nicole Franzel, Dani Briones, Christmas Abbott and Tyler Crispen — wanting to be vague enough so more people will play in the Safety Suite on Friday.

Earlier, Memphis had mentioned targeting Ian Terry with Bayleigh Dayton as the other nominee… the former to avenge Dan Gheesling‘s loss in Season 14? By Thursday night, he wasn’t as set on it, telling Cody that Ian is an option, and that if Ian didn’t win the Veto, he would go home because he’s a former winner who’s seen as a threat. The easiest options, he believes, are Nicole Anthony and David Alexander. What a potential big week for David: first time voting, first time being a Have-Not and might be a first-time nominee!

If Nicole F. had her druthers, Janelle Pierzina would be halfway out the door already. If you took a shot every time she mentioned Janelle, you’d be passed out right now. Luckily for Janelle and Kaysar Ridha, it seems like they’re safe this week. Memphis told Janelle that he likes having her around, and later, when Cody pointed out he has a good rapport with them, Memphis said he could “use them” and thinks this is a good week to “leverage” his budding relationship with Kaysar.

“I’m more concerned about Da’Vonne Rogers and Bayleigh than them,” Memphis admitted.

Ian tried to get a 1:1 with Memphis, but he cut that short to sleep (really, this is the most relatable Memphis has been) while assuaging his worries. “My game plan right now is to get some sleep. Tomorrow, I’ll get at it. My intentions at this point is we are good right now,” he told Ian.

Meanwhile, Janelle and Kaysar attempted to figure out a new game plan with Nicole A., who, lest we forget, doesn’t really trust Janelle. We’ll have to wait for the DRs to know her true intentions, but they discussed having a final three. Nicole A. wants to add a fourth, mostly her ride-or-die Kevin Campbell, but Jaysar aren’t into it at the moment. Janelle’s blind spot with Dani is coming into focus as she now thinks Dani is working both sides. She wants Memphis to target Nicole F., which, unless something drastic changes or Memphis is more diabolical than we thought, is not going to happen. They also think Christmas is a free agent, which… oy.