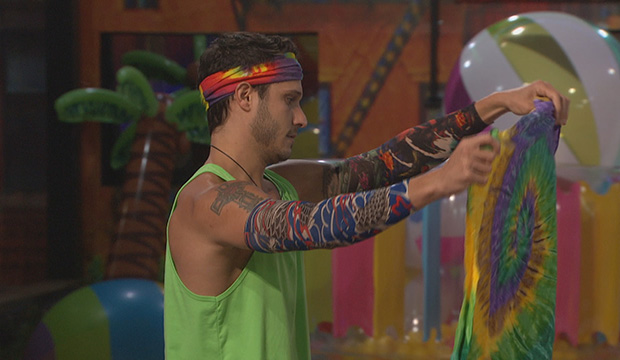 It’s the end of an era. With Cody Calafiore‘s win on “Big Brother 22” on Wednesday, the OTEV curse is has been broken as he became the first OTEV champ to go on to win the game.

Since its introduction in the first all-stars outing in Season 7 in 2006, the iconic Veto comp has been played every year except Season 10, but every OTEV winner until now came up short of the $500,000 prize in his or her season. Here are all the OTEV champs:

Guess it’s fitting that the curse started with the first all-stars season and ended with the second.

Prior to Cody, Dan, the Season 10 champ, was the only person to have won OTEV and the game, but those were in different seasons. Dan, Ryan, Liz and Tyler had previously come the closest to winning it all, placing second in their respective seasons.

OTEV was one of eight comps Cody won this season, the most out of anyone. Hilariously, after the comp, Tyler and Enzo talked about the OTEV curse and told Cody, to which he was basically like, “Well, I’m f—ed.” Au contraire.

So are we now gonna go on a streak of OTEV champs winning the game? Probably not. But it’s one fewer thing we can turn to when making predictions. While the OTEV curse died, one legendary “BB” curse is still alive and well: the “first to enter” curse. The first person to enter the house every season has not won, and Christmas Abbott was the casualty this year.