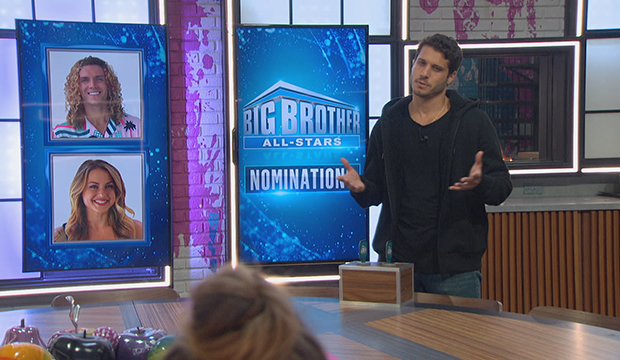 Despite winning almost every challenge in “Big Brother 22” and its six members making the final 7, “The Committee” alliance ranks only third in our poll results for the strongest alliance in series history. Members Cody Calafiore, Nicole Franzel, Memphis Garrett, Dani Briones, Christmas Abbott and Tyler Crispen earned only 15% of your votes when compared with four other dominant alliances from “BB” history. In the end, their friend and side-ally of the season, Enzo Palumbo, came out on top with his season 12 alliance “The Brigade” earning a whopping 41% of votes.

Enzo’s “Brigade”alliance dominated the game 10 years ago by mastering the art of side-alliances. With only four members in their core group they used their social prowess to build relationships with players just outside of their group so that when they won challenges, the alliance would benefit. This strategy not only kept them safe, but allowed them to steer the nominations and the votes in the direction they wanted to go. It should come as no shock that Enzo has employed a similar strategy this season, but from the opposite end. This time he’s effectively been the side-ally to “Committee” members, doing their bidding as they got the blood on their own hands.

“The Brigade” isn’t the only alliance we asked about that features a member of the current season. In fact, at least one of this season’s All-Stars is involved in all of the other three. Tyler’s “Level Six” alliance from season 20 was voted the second strongest alliance with 21% based on their extreme loyalty and an ability to adapt in situations where they weren’t in the majority.

Earning 4th place with 13% of the vote was Cody’s “The Detonators” even though they are one of the most volatile alliances we’ve ever seen. Cody and winner Derrick Levasseur were a tight pair and made the final two together while the manic play of their allies swirled around them. Coming in last with only 10% of your votes was Ian Terry‘s “Quack Pack” from season 14 even though they boasted an impressive 18 challenge wins combined and four of its five members finished as the top 4.

As we barrel toward the conclusion of season 22, one thing to keep in mind is that all four of the other alliances here featured its season’s winner. Does that mean that a remaining member of “The Committee” is bound to win this season? That wouldn’t bode well for Enzo’s chances, but could mean that Cody or Tyler could win and claim for themselves the title of “best alliance member of all time.”