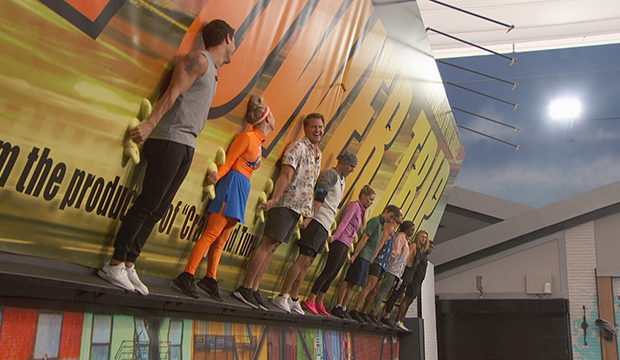 Same song, different verse. Dani Briones won HOH on “Big Brother 22” Thursday, more than an hour after the live show. First, props to Dani because she is the endurance queen. But yawn. At this rate, Nicole Franzel will win HOH next week to complete the Committee’s reign of terror before the inevitable second cycle starts all over again. Because this is 2020 and we can’t have nice things. Dani has made big HOH moves on her previous seasons (sometimes disastrously), so there is a chance this week could get interesting. Plus, the powers are still in play.

Dani didn’t have too many conversations Thursday night, but she did suggest that she wants to backdoor someone, telling Nicole that “originally it has to be David [Alexander] and Kevin [Campbell]” as her nominees. She never identified her backdoor target, but you’d assume it would be Tyler Crispen, given their drama. Her paranoia was even more exacerbated after she claimed to have seen Tyler and Cody Calafiore whisper to each other after the live show in the bathroom, which Cody has denied.

Dani also told Da’Vonne Rogers that she’s safe this week so she has nothing to worry about. The two of them discussed how close Tyler and Christmas Abbott were during her HOH, wondering if they’re working together. Day also tried to lay the groundwork for Christmas going up, saying she would nominate her if she were HOH, but Dani doesn’t think she’s coming for them yet. Dani doesn’t trust Tyler, to which Day said she would support her going after him because he’s been “messy.” Dani noted that Tyler is the type of player you can’t miss if you take a swing at him. True. Right now, he definitely has the votes to stay if he were on the block.

“I love doing crazy things in this house, but a lot of times, when I do, they put me in really bad spots,” Dani said. “I’m not here to do that this time. I am here to go really far. I just need to figure it out.”

But Dani’s plan can/will probably go off course if David uses his power when she nominates him. Who will she nominate in his place if she wants to backdoor Tyler? Christmas and Ian Terry seem to be her next likeliest choices as she listed them as part of her preferred hit list along with Kevin, David and Tyler. Cody suggested Day as a post-Veto renom, but Dani shut it down because she’s not a threat. That is the complete opposite of Enzo Palumbo‘s warped thinking, as he wants Day up because she only lasted on the wall for a few minutes and was the first to drop.

“That’s f—ing wack,” he told Tyler after Tyler said Dani might backdoor him. “I’m going up there like, ‘How do you not put Da’Vonne up? She was on the f—ing thing for three minutes. That’s disgusting.”

Dude, why are you so offended that she sucks at comps? That’s good for you because it means she can’t win and put you up!

So in all likelihood, Dani will put Kevin and David up initially on Friday, but David will whip out his power. Dani — who, of course, has a power herself, but it’s the lamest one of them all — definitely does not suspect David of having one or what it could be. She can still continue with her backdoor plan, but she’s also running out of pawn options. Let’s hope she can follow through because this season desperately needs a shake-up.