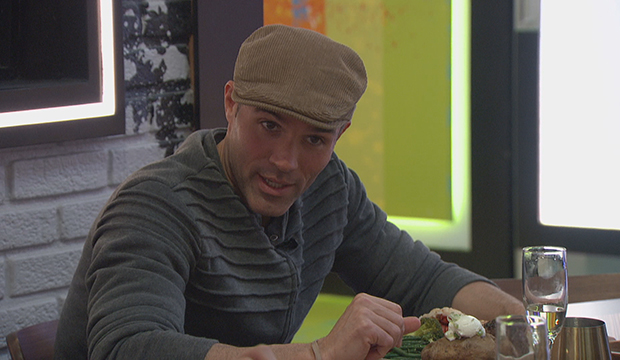 In an absolutely, thoroughly expected development, Cody Calafiore beat Enzo Palumbo in Part 2 of the final HOH on “Big Brother 22,” so you can all take a breather until Wednesday’s finale. Cody and Nicole Franzel will face off in Part 3 and likely take each other to the final two as they’ve promised each other all season. We know it, and Enzo knows it too.

The Meow Meow apparently had a meow-ltdown after Saturday’s comp, in which he flopped, coming in at 37 minutes to Cody’s four minutes (big fat YIKES). He told feedsters he lost his cool and “cracked” and had his “biggest blowup of the season,” so this might be the only thing to look forward to.

And in the moment we’ve all been waiting for, Enzo finally lamented not evicting Nicole when he had the chance during the triple eviction. He would later tell Cody it’s because he figured she would protect them since Nicody are close. And look where that got you. Now he’s concerned he handed Nicole another $500,000 because he knows Nicody will take each other to the final two, and he expects her to win. By Sunday night, he said he’s accepted it.

Better late than never, but as my pal Gunnar Stahl would say:

Enzo had so many chances to play his own game and actually make the big moves he boasted about wanting to do in the DR, but he just did Cody’s bidding as a loyal soldier. His “big moves” at the end of the season all helped Cody: he kept Nicole, he told Cody about the other Wise Guys and never told Christmas Abbott, and he told Cody about Tyler Crispen telling him about the Committee and that Cody was going to target him. Sure, evicting Nicole probably would’ve hurt him with Cody, but the other two pieces of information he could’ve kept to himself and leveraged it for his own game. Instead, he blabbed to Cody, who became incentivized to get them and Wise Guys double-dealer Memphis Garrett out.

Meanwhile, Nicole and Cody continued their half-joking back and forth about taking each other to the final two. It is kind of hilarious how they’re both trying to play it cool with their teasing, but there is a bit of tension there because each is worried deep down that they might be blindsided. Nicole even told Cody to throw Part 3 to her and teased that he doesn’t trust her to take him. But they both reiterated they would take each other, with Nicole confirming it to feedsters, so yeah, it’s happening even though both would have an easier time defeating Enzo and Nicole would have a winning argument from axing Cody alone.