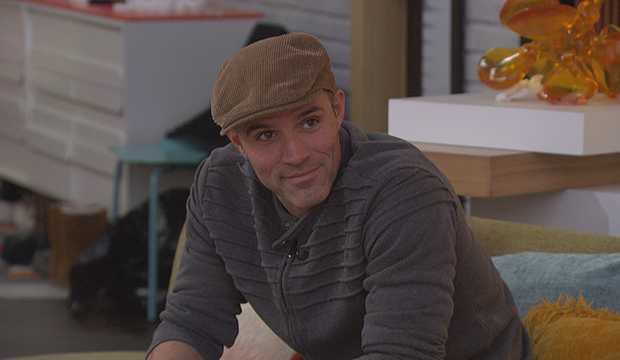 Finally, a twist we didn’t see coming on “Big Brother 22”: Nicole Franzel won Part 1 of the final HOH on Thursday. That’s great news for her (duh) and Cody Calafiore, and bad news for Enzo Palumbo unless he can pull a rabbit out of his head scarf in Part 2.

Everyone expected Cody to take Part 1 since it’s endurance, but apparently both dudes rode the struggle bus. It was a swinging ropes comp and they had to jump over a moon, but Enzo and Cody kept hitting the wall. Enzo fell after 15-20 minutes, followed by Cody. They estimated the comp lasted around 30 minutes, so not much of an endurance. Nicole was apparently rock solid the whole time and barely hit a wall, so it sounds like weight was perhaps a factor since they had to sling over the moon.

Nicole was obviously ecstatic about her win, Cody was neutral because he knows he’s fine, and Enzo was bummed as hell because he knows he’s not. He vented about how endurance is not his forte (bro really wants slip ‘n slide) and he knew as soon as he saw the ropes that he wasn’t going to win. He’s tired and was “f—ed up” after seeing the video from his kids and now just wants to go home.

Cam-talking, Enzo said he knows his season’s done if he doesn’t win Part 2, which, yeah. But he’s got his work cut out for him because Part 2 is usually a physical and mental comp, and Cody is lightyears ahead of Enzo in the latter. He’s constantly studying dates and going over events while periodically helping Enzo, who is definitely one of those last-minute, night-before-the-test crammers. And we all just saw how the days comp shook out. So unless Cody implodes, he’ll likely win Part 2, which means he’ll face off against Nicole in Part 3, and both will probably take each other to final two, which means Enzo will fulfill Christmas Abbott‘s savage spillage and finish in third again.

Nicole and Cody should both take Enzo to final two because they’d easily beat him, but from everything they’ve said so far, they’re still intent on taking one another. Cody can obviously beat Nicole, but it doesn’t seem like Nicole or Enzo realizes how many points they’d get in jury if they’re the one to take Cody out.

Enzo probably would have had a better chance against Nicole in Part 2, but she’s also a studious mental beast, so he really needed to win Part 1 to have a shot at controlling his fate. So if he doesn’t beat Cody, this cat will be out of the, uh, house.