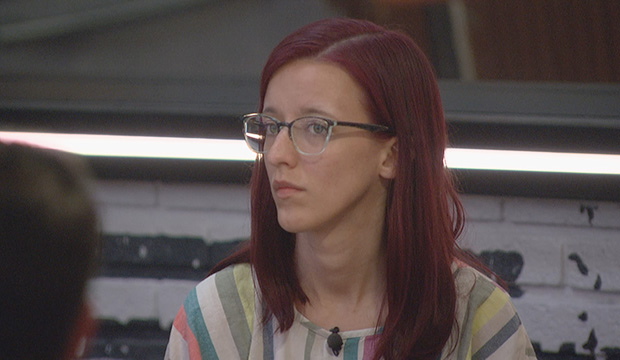 After one of the most uneventful first weeks ever, things finally got interesting — in a hilariously pathetic way — on “Big Brother 22: All-Stars.” That FOUTTE energy is working in overdrive in there because everyone still has horrible reads in the house — mostly, unsurprisingly focused on Janelle Pierzina — and Nicole Anthony picked the worst horse to hitch her wagon to.

If you haven’t heard, Memphis Garrett won the Veto, and it would be a shocker if he changes his own nominations on Monday. He already can’t touch his OG target, Ian Terry, and has said it’s too early to backdoor anyone, which is annoying the hell out of his own alliance (love that this is already falling apart in the second week), so the nominees will remain Nicole A. and David Alexander. David, at the moment, looks like he has the votes to stay.

Ever since she was put on the block, Nicole A. has completely imploded. She was already unsure about trusting Janelle (and by extension, Kaysar Ridha), despite the fact that Janelle has done nothing but look out for her all game. But Nicole A. executed a completely clueless heel turn on Janelle over the weekend, thanks to Kevin Campbell, who is on his own downward spiral and officially has the worst reads of all time on “Big Brother.” He’s been feeding into Nicole’s wariness of Janelle all weekend, saying how Janelle is a “predator” and a “spider trying to weave her web around” Nicole A., and was for sure the one who told Memphis to nominate her.

The pièce de résistance: “That’s how [Nicole A.] got trapped on her season. She is not savvy enough like me.”

Take it away, Elissa:

The truth: Janelle had nothing to do with Memphis nominating Nicole A., and she and Kaysar are the only ones trying to save her.

But Nicole A. is buying the cheap knockoffs Kevin is selling, so she’s been full-on trashing Janelle and Kaysar, who have, again, been doing nothing buy trying to figure out a way to keep her. Nicole A. said if she stays and wins HOH, she’ll nominate Jaysar because “they honestly think that they are God’s gift to this game.” She also discussed calling them out in her eviction speech and having a house meeting to confront them, of which she ultimately decided against. Honestly, for the best for her, even if it’d be highly entertaining for us.

We’ll need the exact numbers, but it’s possible that Nicole A. has cried more this weekend than Christie Murphy did last year. Yes, what a twist. She’s been a cross between Debbie Downer and Eeyore, moping around, sobbing and sleeping. By Sunday night, she was so distraught that she told Da’Vonne Rogers that she’s so defeated that doesn’t think she can play if she stays over David and that she shouldn’t have come back this year.

The latter is probably true. She likely hasn’t had enough time to recover from last season, which was actually toxic and hateful, and on which she was ostracized at the beginning. The irony is that she handled that better last year. There’s no such toxicity of that magnitude this year, and everyone is friendly with her, and yet she’s acting like Janelle is Satan. Also, imagine being loyal to Jackson Michie and Holly Allen, but not Janelle and Kaysar — two of the most loyal “BB” players ever, a fact that a self-described “superfan” like Nicole A. ought to know.

To be fair, Nicole A. and Kevin aren’t the only one trashing Janelle (but she is the only one whom Jaysar think is an ally). Nicole Franzel already got a head start last week (it’s truly amazing how Janelle, as the kids say, lives rent-free in their minds), but basically the entire house is against or at the very least doesn’t trust Jaysar. The best part is that they all believe and go around saying how Jaysar are this sinister duo that’s built this whole alliance to take down the house, but, like, where is this army of people? They literally just have each other. There are 13 other people in there besides them, and you are all talking to each other about this supposed army, so you’re either talking to people who are in this army or maybe, just maybe, this army does not exist.

And while Jaysar still have a blind spot with Nicole A., there is no love lost between Kevin and Janelle. She is not here for his wet-blanket mopiness and straight-up told Memphis that Kevin is a “sh– talker.” Where is the lie? Janelle and Kaysar, the former of whom is completely perplexed by everyone crying at the drop of a hat, also clocked the majority of the house, discussing how this show is “everything” to the younger cast while they’ll happily return to their normal lives after the season.

Janelle: These people that are here for followers or whatever, like I could give a fuck less. I'll probably lose followers. #BB22 pic.twitter.com/stpSa3HE2V