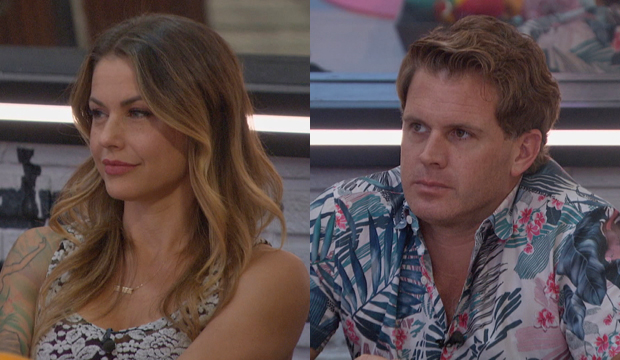 Joining Ian, Da’Vonne, Kevin, David, Dani and Tyler on the jury will be either Christmas Abbott or Memphis Garrett. Keep reading if you want all the “Big Brother 22” spoilers, including who will be leaving the house in the Week 10 eviction on October 15.

It is hard to believe that it was only last Thursday that Nicole won the title of Head of Household for the first time this season. Less than 24 hours later, she named Christmas and Memphis as her eviction nominations.

Those three along with Cody Calafiore and Enzo Palumbo took part in the Power of Veto competition on Saturday, which was fan favorite BB Comics. At the end of a hard-fought battle for this all-important power, Nicole pulled off an upset. We weren’t surprised at Monday’s Power of Veto ceremony when Nicole decided to let her nominations stand.

But we were shocked to learn that Nicole and Cody have upended their plan and are now planning to target Memphis over Christmas. Vote in our poll as to who you’d like to see be evicted from the house on October 15: Christmas or Memphis. And be sure to sound off in the comments section with your thoughts on #BB22 so far.