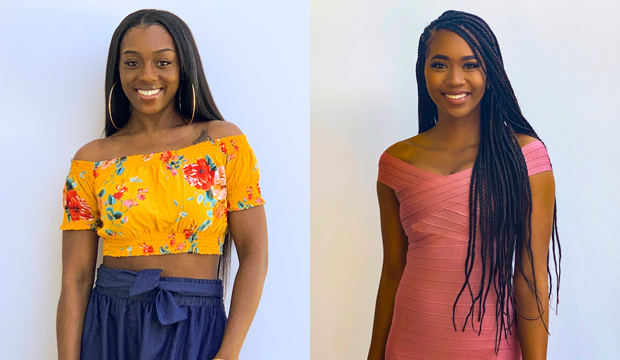 Thursday’s live episode 16 of “Big Brother” will see the departure of the fourth woman in five weeks after the ouster of Keesha Smith, Nicole Anthony and Janelle Pierzina. Head of Household Christmas Abbott named two of the other remaining four women as her eviction nominations: Bayleigh Dayton and Da’Vonne Rogers. Which of this pair of players do you think will be sent on her way by the other houseguests on #BB22? Vote in our poll below and sound off in the comments section. And keep reading if you want all the “Big Brother 22” spoilers on the way the eviction vote is heading on the September 10 episode.

A week ago, Christmas claimed the title of Week 5 HOH. Abbott had finished third in season 19 and three years on she is once again one of the more intense players of the game. She set her sights on Bayleigh as the target this week with Da’Vonne as the pawn. All three competed for the Power of Veto on Saturday. Also in the hunt for the POV were Christmas’ biggest rival, Dani Briones, Nicole Franzel and Ian Terry.

In a heartbreaker, Da’Vonne lost the POV to Christmas and was devastated at the thought that the nominations would stand. On Sunday, it looked like there would be a change in the line-up when Tyler Crispen told Bay and Day that he was feeling guilty about the way he had treated them and wanted to make amends. To that end, he had decided to ask Christmas, to name him as the renomination.

But she was able to convince her secret ally to stay in the game for at least one more week. That meant that after the POV ceremony Bayleigh and Da’Vonne remained on the chopping block. The votes are lining up that it will be Bay who won’t live another day in the “Big Brother” house. Who do you want to see evicted on September 10 – Bayleigh or Da’Vonne? Vote in our poll below and then sound off in the comments section with your thoughts on #BB22 so far.