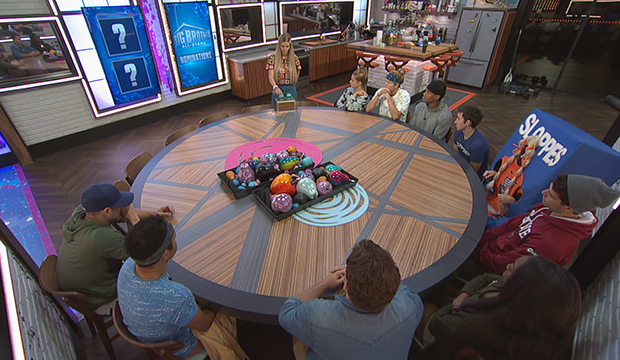 “Big Brother 22” may be unfolding predictably, but at least its TV schedule is keeping us on our toes: The show’s Sunday’s episodes will move to Mondays at 8/7c starting on Oct. 5.

The all-stars installment is on the move because CBS is reviving CBS Sunday Night Movies on Sunday, Oct. 4 after a 14-year break, likely due to coronavirus-related production delays for its prime-time shows. The lineup will feature “six fan-favorite films from the Paramount Pictures library,” with the three of them “back to school”-themed and a horror night in advance of Halloween. Five of them will air on consecutive Sundays, and the sixth, “Coming to America” will air on Nov. 29.

Since “Big Brother’s” season finale is scheduled for Oct. 28, that means its nomination ceremony episodes — the Sunday episodes (for now) — will be on Mondays the rest of the season after the switch.

“Big Brother’s” timeslots for its other two weekly episodes remain unchanged (after a one-week only Tuesday broadcast this week due to Wednesday’s ACM Awards): The Veto episodes are still on Wednesdays at 8/7c and the live evictions, with Julie Chen Moonves, remain on Thursdays at 8/7c. The two-hour season finale will air Wednesday, Oct. 28 at 9/8c.