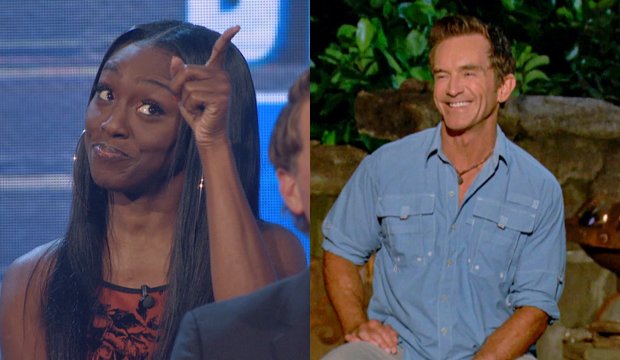 Even though Da’Vonne Rogers lost the big prize on “Big Brother: All-Stars,” coming in 10th place, she was still named America’s Favorite Houseguest at the conclusion of Season 22. Da’Vonne chatted with Gold Derby’s Joyce Eng about whether she’d ever want to play “BB” again and she didn’t mince words, saying the competition is way too long. (Regular seasons tend to last just under 100 days.) However, there’s another CBS reality TV show that catches her eye.

“What I really wanna do is ‘Survivor,'” Da’Vonne confirmed. “It’s [39] days, I’ll be gone, knock that out. I’ll be OK with that. I think that’s what I wanna do.” She also seemed on board with joining a potentially future 30-day “Celebrity Big Brother” edition, proclaiming, “I’m set.”

Over the years there’s been plenty of cross-contamination between CBS’s three premiere reality shows: “Big Brother,” “The Amazing Race” and “Survivor.” People like Rachel Reilly and Brendon Villegas appeared on the former two, while “Boston” Rob Mariano and Amber Brkich showed up on the latter two.

The last “Big Brother” contestant to take a swim on “Survivor” was Caleb Reynolds, who rose to infamy on “BB16” before joining two “Survivor” seasons: “Kaoh Rong” and “Game Changers.” Then there’s Hayden Moss, who won “BB12” and later came in seventh place on “Survivor: Blood vs. Water.”

Da’Vonne isn’t the only “All-Star” who wants to ditch the “Big Brother” house for the “Survivor” jungle. Janelle Pierzina recently told EW.com, “I would absolutely 100 percent do ‘Survivor.’ Like, it would be the biggest thing in my life. I love the show. I absolutely adore it.”

What do you think, “Survivor” fans: should there be a future season full of former “BB” houseguests, with Da’Vonne and Janelle leading the tribes? Sound off down in the comments section.