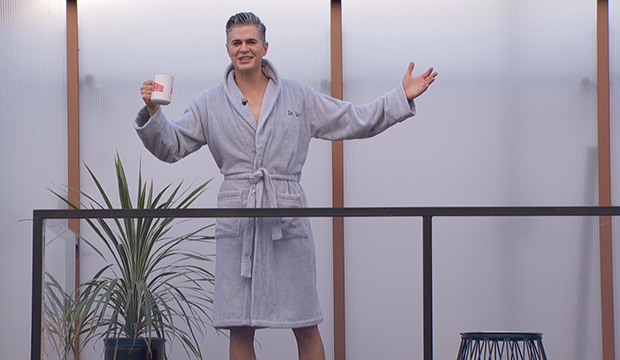 It’s still unclear what kind of havoc Dr. Will Kirby, “Big Brother” legend and new Season 22 neighbor, will unleash on the remaining houseguests since he did not appear at all in Sunday’s episode, not even to host the HOH comp. But one thing he is doing is not holding back on stating the obvious: This all-stars season has been a dud with one dominant alliance, the Committee, in power the whole time and not making big moves.

“I don’t think it’s any secret that we haven’t seen remarkable gameplay this season thus far,” Kirby told Canada’s Global TV. “And of course, that is a little disappointing. See, a lot of the early evictions were overhyped and under-qualified previous fan favorites who fizzled out quickly. Don’t kill the messenger — it’s true. But there is still a lot of game left to be played and this week will change the entire course of this season!”

Kirby declined to rate the individual cast members with the season still going and “the real game … starting this week,” but he did call out the pre-game alliances. Former champs Derrick Levasseur and Dan Gheesling, who did not return, have long been rumored to have advised their former ride or dies, Cody Calafiore and Memphis Garrett, respectively, on working together (and with some others) before the season started.

“The pre-game alliances undermine the spirt of ‘Big Brother’ and ruin the viewer experience,” Kirby said. “I’m not going to get into details but those responsible should be ashamed of themselves. There is real honor in silence and trying to manipulate the game while not even playing is the definition of cowardice. No one likes a snitch.”

The Season 2 champ — who opted not to return because of his family and because he feels he has “nothing left to prove” — was introduced as the houseguests’ neighbor on Thursday’s episode, teasing that he’s there to tempt them with prizes and power. “All will be revealed soon but I assure you that this will be one of the most memorable weeks in ‘Big Brother’ history. Monumental powers and grandiose prizes are available as well as the first ever triple eviction!” he told Global TV.

The good doctor typically hosts the jury roundtable in the finale, so his annual appearance arrived earlier than expected. He is unsure if there will be a jury roundtable this year with COVID restrictions, though we’re sure he could host on Zoom.

“Nothing is written in stone but I don’t know if there will be an opportunity for me to lead the jury discussion this season. Social distancing and quarantine measures will likely prohibit the type of roundtable discourse we’ve had on the past seven seasons,” Kirby said. “But, rest assured, you’ll see me again multiple times this season.”