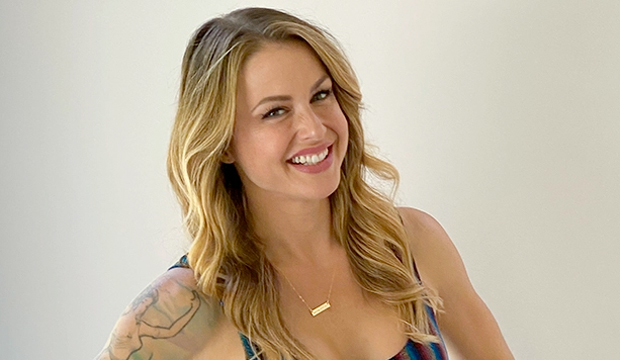 The holidays came early to the “Big Brother 22” house as Christmas Abbott won this week’s fifth Head of Household competition. In doing so, she became the first woman to claim the power during this “All-Stars” season, following four weeks of “bros”: Cody Calafiore, Memphis Garrett, Tyler Crispen and Enzo Palumbo. All eyes were on Christmas on Sunday night as she contemplated her two nominations. Also in the episode, the houseguests learned of a new twist known as the “BB Basement,” which could threaten to derail Christmas’ HOH reign. So how did it all play out?

Below, read our minute-by-minute “Big Brother: All-Stars” recap of Season 22, Episode 14 to find out what happened Sunday, September 6 at 8:00 p.m. ET/PT. Then be sure to sound off in the comments section about your favorite houseguests on CBS’s long-running reality TV show, who annoys you the most and who you think will ultimately join the “Big Brother” winners list.

SEEKaysar Ridha (‘Big Brother 22’) exit interview: The All-Stars ‘suck’ and ‘it was getting a little boring’

8:00 p.m. — “Previously on ‘Big Brother’!” In the 13th episode, Christmas and Kaysar Ridha were nominated for eviction by HOH Enzo. Of course, Christmas was just a pawn and the house’s real target was Kaysar, who was evicted by a unanimous vote. Before he exited the house Kaysar tried to blow up several people’s games, including Cody, Nicole Franzel and Dani Briones. “I figured we needed to spice things up a bit,” he later revealed in his exit interview. “It was getting a little boring as far as I was concerned.” How will the house react to Kaysar’s bombshell speech? Let’s find out!

8:04 p.m. — Following the HOH comp, Cody was on a mission to do damage control with the “bomb” that Kaysar dropped, blowing up mostly his game. Nicole was still visibly shook by the night and the proximity that Da’Vonne Rogers came to being in charge. But of everyone, Dani was the only one personally mad about what Kaysar said, specifically the “love triangle” comment that put her publicly in a core alliance.

8:06 p.m. — It wasn’t lost on Tyler and Da’Vonne that the members of the “Slick Six” alliance ended up calling each other out in the HOH comp, beginning with Cody throwing Da’Vonne into the game quickly. He tried to reason with Da’Vonne that while he messed up it was only because he was caught off guard and mad that Kevin Campbell had already said his name. That didn’t assuage her feeling that he was going against her though and so she was ready to declare war.

8:12 p.m. — Because of her large alliance and two side alliances with Enzo and Ian Terry, the list of potential nominees for Christmas was really short. With both Da’Vonne and Bayleigh Dayton available for the block, and the fact that Bayleigh already told her that Da’Vonne is one of her “untouchables,” her targets were pretty clear.

8:16 p.m. — In his conversation with Christmas, Enzo said that Ian is someone that could go home and no one would be really upset, but that Da’Vonne, Bayleigh and Nicole are all “emotional” players that can be very dangerous. They were both also wary of Dani’s ability to flip flop and stir up trouble that benefits her and so Christmas began rethinking what direction she’d go with nominations.

8:18 p.m. — With the Safety Suite closed, the BB Basement was the next special room to open, housing one competition with three winners of three all new powers that could change the course of the game.

8:23 p.m. — For the competition all the houseguests entered the basement together. Inside was pitch black darkness with old toys, cardboard boxes, styrofoam and other obstacles spread across the floor. To win, they’d have to search for the power icons that would fit into the empty space on top fo three power towers around the room. At one point, David Alexander had the “Disruptor” lightning bolt in his hand near the right tower but put it down and moved on. Eventually Bayleigh finds a lightning bolt, but it’s too big for the space. Elsewhere, David finds another bolt and it’s the right size when he fits it in to earn the “Disruptor” power!

8:29 p.m. — Dani was the first to find the correct “Replay” piece and found the podium for it in the secret second room. Christmas found the “Blocker” piece for the third podium and was able to find it as four other players were hovering around it. She quickly moved away from the podium in an effort to protect her secrecy.

8:36 p.m. — Because they have a final two agreement, Christmas shared her secret with Tyler. As the “Blocker” she would be able to protect herself or another houseguest from becoming a replacement nominee at a veto meeting in one of the next three meetings.

8:37 p.m. — Dani was forced into telling Nicole that she won one as well. Her “Replay” power allows her or someone else to win HOH twice in a row in one of the next three comps.

8:38 p.m. — David lied to Tyler about winning a power and as of now hasn’t told anyone. As the “Disruptor” he’ll get to disrupt an HOH by secretly saving a nominee for an entire week in one of the next three weeks.

8:40 p.m. — Noticing tension in the house, Dani attempted to clear some of it up by having a conversation with Bayleigh. In this talk Bayleigh told Dani that there are people in the house that told her she was throwing herself and Da’Vonne under the bus. Dani tried to spin it around by saying that she came for them in the HOH comp because they hadn’t talked to her for an entire day and she thought they were coming after her. Bayleigh asked her straight up if she’d told people that Bayleigh and Da’Vonne should go up on the block together, but she denied it.

8:42 p.m. — In the middle of the conversation, Enzo walked in and when asked by Bayleigh he confirmed that there was rumors about Dani coming for them. That sparked new tension between Dani and Enzo that I hope will boil over soon.

8:47 p.m. — Later Dani went to Christmas in order to further throw Da’Vonne and Bayleigh  into the line of fire, playing the victim to Christmas who was concerned that if she puts the two women up together that it’d make it seem like Christmas is doing it to protect Dani. Meanwhile, Bayleigh went to Tyler to tell him that she told Dani about the conversation, but that she wasn’t willing to put his name out there because she wasn’t sure if he would actually choose to side with her over Dani. Following the conversation, Bayleigh felt like Tyler had flipped the whole talk on her and blame was shifted from Dani to her instead. All of it struck Bayleigh as odd because she couldn’t understand why Dani feels so comfortable to speak so openly and lie so freely, and she’s right in that gut feeling.

8:56 p.m. — At the nomination ceremony, Christmas revealed her nominees: Bayleigh and Da’Vonne. In tears she told them that it all came down to Bayleigh telling her that Da’Vonne is her “untouchable” and that she’s giving them both a chance to play in the veto comp.

WEDNESDAY: The Power of Veto will be won by someone and we’ll see if David decides to use his disruptor power to save one of them from the block.