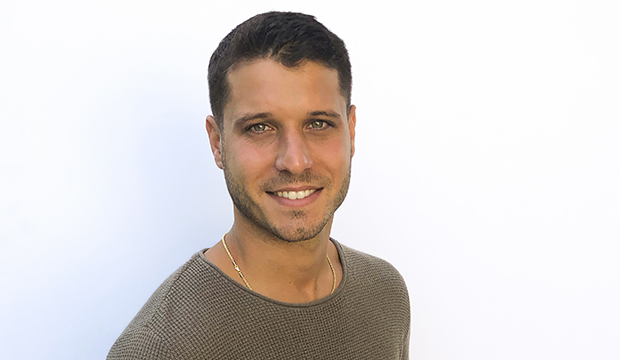 The first episode of “Big Brother,” which was riddled with live technical difficulties, introduced the country to the 16 All-Stars who’ll be competing all summer to win the $500,000 prize. Six of them earned the right to play in the Head of Household competition, with Cody Calafiore winning the power and Christmas Abbott receiving a cool $5,000. The other four became Have-Nots for the week: Ian Terry, Nicole Anthony, Kevin Campbell and Memphis Garrett. Unfortunately, they couldn’t gain access to their Have-Not room because production had forgotten to unlock the door. Live TV, folks! So who did Cody nominate for eviction and what the heck is the Safety Suite twist?

Below, check out our minute-by-minute “Big Brother: All-Stars” recap of Season 22, Episode 2 to find out what happened Sunday, August 9 at 8:00 p.m. ET/PT. Then be sure to sound off in the comments section about your favorite houseguests on CBS’s reality TV show, who annoys you the most and who you think will ultimately join the “Big Brother” winners list.

8:00 p.m. — “Previously on ‘Big Brother’!” In Wednesday’s season premiere, the 16 All-Star houseguests were revealed live to America in a “BB” first. Old friends were reunited, new enemies were made, and all masks came off during the two-hour episode. In the end, Cody won the HOH competition, later told host Julie Chen Moonves that he did so after seeing his competition because he didn’t want to be the first person voted out. Thus, he now has the power to nominate two people for eviction. Who does Cody have his sights set on? Let’s find out!

8:03 p.m. – After winning the first HoH, Cody was second guessing putting that target on his back going forward, but he also knew that it would secure him safety during Week 1 and that was more important to him. On the flip side, Ian was someone that did want to win it because of his nervousness coming into the game, but instead he got the Have Not card. Whomp whomp.

8:05 p.m. – Janelle Pierzina, the first four-time player in BB history, reminded us that two of the times she played she also competed with Kaysar Ridha and in both instances did they work together. Similarly, Nicole Franzel immediately thanked Da’Vonne Rogers for “changing [her] life” by giving her the win last time, but Da’Vonne wasn’t having it because (hello!) she saw the footage from that season and Nicole was gunning for her the whole time.

8:07 p.m. – We finally got into the Have Not room and it was a sewage wasteland of rust and grime. Yuck.

8:09 p.m. – Cody’s first HoH meeting was with Nicole F., someone that competed with him in their original seasons. They both felt comfortable working together and privately from the DR said that they’d stick to that bond. Right up front Cody said he’s threatened by Janelle and Kaysar for their connection and for being great at competitions, but he also mentioned that Keesha Smith is someone he doesn’t see himself working with.

8:15 p.m. – On the morning of Day 2, Cody unveiled the rules for the Safety Suite. The main rule is that each houseguest can only use their VIP pass to enter the Safety Suite once in the first three weeks to compete for their own safety that week. A catch is that the winner of the weekly Safety Suite challenge would be able to grant safety to a second player of their choice, who would have to endure a punishment in order to accept the safety.

8:22 p.m. – At the time the Safety Suite opened for business, the houseguests learned they’d only have one hour to scan their pass in order to compete. Dani Briones and Enzo Palumbo immediately vowed to not use theirs this week, but David Alexander was tempted because of how he went home first last season.

8:24 p.m. – Keesha and Janelle chatted about how they both felt vulnerable this week because of their lack of conversations with Cody, but neither would fess up to whether or not they’d compete for safety. Kaysar took his moment to go up to the HoH to talk to Cody and when Cody mentioned that he doesn’t have relationships from the past it clued Kaysar in to how Cody is thinking about the other houseguests. It was clear the two were both holding back and they’d have no chemistry in working together in the game.

8:27 p.m. – Janelle also went up for a chat and straight up asked him if she’d be a target. She told Cody that she’d love to work with her, but once again he dodged the conversation which made it clear to her that he wasn’t prepared to work with her and was perhaps already targeting her. Could he be any more obvious?! Yikes, Cody.

8:30 p.m. – Next in the room was Memphis and you could immediately tell how at ease Cody became. Cody definitely feels at home with his bro crew and so I think our first strong alliance of Cody, Enzo and Memphis was starting to form. Meanwhile with only 30 seconds left on the Safety Suite clock, Kaysar went upstairs to swipe his card and Janelle followed. As suspected, Janelle explained in the DR that it would take “better lying” in order to get her out of the house so we know it was the conversations they had with Cody that gave them the clue they were his targets.

8:37 p.m. – In the Safety Suite was a huge turn table station where Kaysar and Janelle would compete by recreating songs played for them by hitting buttons in the correct order. After both players completed the task, Cody gathered everyone in the living room in order to reveal the results. Kaysar finished with a time of 7:55 while Janelle finished at 16:36. That means Kaysar earned himself safety for the week and got to declare a second player safe. Kaysar’s +1 to the Safety Suite this week is Janelle!

8:50 p.m. – With Kaysar and Janelle safe, Cody and Nicole F. had to bring their heads together in order to figure out new noms to put up. Cody mentioned Kevin and Keesha because he hadn’t spoken with either very much and couldn’t see himself working with them. Of course he couldn’t, they aren’t bros!

8:51 p.m. – As her punishment for being brought into safety, Janelle had to wear a  shimmering star costume for the rest of the week.

8:52 p.m. – Despite being intimidated by Cody, Kevin decided that he needed to pull him aside and have a conversation with him. In the convo Kevin put himself down by saying it’s hard for him to talk to Cody because he’s so perfect. Cody told him he shouldn’t feel uncomfortable coming to him to talk, but at the same time there was no topic of noms or working together going forward.

8:56 p.m. – At the nomination ceremony, Cody revealed his two nominees: Keesha and Kevin. He told them that it’s hard to form strong relationships as the first HoH and urged them not to take it personal. You could see in Keesha’s face that she pretty much expected it, while Kevin was emotionally triggered and vowing privately to make sure it’s Keesha that goes home so that he can seek revenge on Cody.