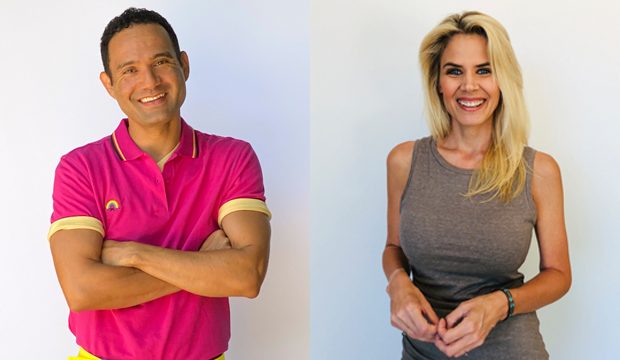 And just like that, “Big Brother’s” first live eviction episode of Season 22 has arrived. By the end of Thursday’s one-hour episode, was it Kevin Campbell or Keesha Smith who said goodbye to the house and hello (from six feet away) to Julie Chen Moonves? Both of these players were nominated earlier in the week by Head of Household Cody Calafiore, who had to scramble after his actual two targets — Kaysar Ridha and Janelle Pierzina — were protected by the Safety Suite twist. Gold Derby readers predicted that Keesha would be eliminated, but were they right?

Below, check out our minute-by-minute “Big Brother: All-Stars” recap of Season 22, Episode 4 to find out what happened Thursday, August 13 at 8:00 p.m. ET/PT. Then be sure to sound off in the comments section about your favorite houseguests on CBS’s reality TV show, who annoys you the most and who you think will ultimately join the “Big Brother” winners list.

8:00 p.m. — “Previously on ‘Big Brother’!” In the third episode, Kevin felt alone in the house so he tried to find allies in Cody, Enzo Palumbo and Ian Terry. Keesha, meanwhile, didn’t seem to feel the need to campaign at all. Enzo, aka the Meow-Meow, ended up winning the first Veto of the season, but he decided not to use the power as he didn’t want to ruffle any feathers. Will Keesha’s lack of campaigning hurt her in the long run? And who will become the next Head of Household? Let’s go!

8:05 p.m. — As eviction looms, some players have already been building their army for the 3-month battle for a half million dollars. Kevin is hopeful he will survive this week because he’s been working on Cody and Enzo. Meanwhile, Keesha seems a little more broken and seems more concerned about being the first all-star to leave than campaigning. Get to work Keesha!

8:09 p.m. — Janelle knows it’s better for her game if Keesha stays, but she’s aware she will get in trouble if she campaigns too hard for her. Keesha has to save herself. Meanwhile, Memphis Garrett is upstairs forming an alliance with Cody (who hasn’t?) called “The Commission.” Down in the bedroom, Bayleigh Dayton and Tyler Crispin are making amends after their epic blowout from Season 20. Rather than staying enemies, they decide it’s better for their game to work together.

8:12 p.m. — Kevin is chatting up Nicole Anthony in the hammock. They form a final two alliance and seem to legitimately mean it. They consider themselves unicorns who can go to the end together. Up in the HOH room, Memphis wants to come up with a larger alliance with Cody that would include Christmas Abbott, Tyler, Dani Briones and Nicole Franzel. Cody agrees that this is a good group and tells Memphis to go spread the word. He is using Memphis as a shield. Everyone tells Memphis they’re on board, but as soon as he walked away, Nicole muttered, “I don’t want to be a part of that.”

8:18 p.m. — Janelle is giving Keesha a pep talk and tells her she needs to get seven votes to stay. She starts by letting Keesha know Tyler’s name is Tyler, not Taylor. Poor Keesha, she seems hopeless at this point. Meanwhile, the wheel of Cody’s alliances keeps spinning with Da’Vonne Rogers chatting him up. Da’Vonne suggests an alliance of herself, Cody and Enzo, but would like Cody to include Bayleigh in the mix. Cody likes “The Commission” with Memphis, but he wants side alliances. He likes Enzo a lot so this pitch from Da’Vonne is a great option for him. Up in the HOH room, this final four is solidified and it seems like a real possibility. They don’t think anyone will suspect a thing.

8:22 p.m. — Cody is putting his feelers out to see who the house wants evicted this week. Christmas thinks they should evict Kevin because Keesha is easier to beat. Most of the house thinks Kevin seems more loyal. They will just have to decide who is best for their game.

8:35 p.m. — The last time Keesha and Kevin played, they both made it to the final four. Tonight, one will be the first evicted. It’s time for the first vote and eviction! Keesha gets emotional and can feel negative energy around her. She wishes “most” of the players in the house the best of luck moving forward. Kevin thanked the house for helping him find his “inner light” and hopes they can all “shine bright together.” These weren’t terribly interesting or compelling pleas to stay, but it probably doesn’t matter at this point. The house unanimously votes to evict Keesha.

8:48 p.m. — Cody’s reign as HOH has officially come to an end and it’s time for someone else to rise to power. Will the new HOH continue where Cody left off? Or will they shake things up in a big way? It’s time for the HOH competition! In “Big Brother Watch Party,” Julie will show the houseguests two videos from a family of “Big Brother” fans taking part in a “Big Brother” watch party. After the first video, Julie will ask the houseguests a series of questions about what they just saw. If they answer correctly, they stay in the game. If they are incorrect, they will be eliminated. Julie will then show them a second video and they will repeat the process. The last all-star standing after seven questions will be crowned the new HOH.

8:55 p.m. — As the outgoing HOH, Cody is not eligible to play. David Alexander and Kaysar go out after the first question. Question two takes out Dani and Enzo. Question 3 eliminates Nicole F. and Christmas. Question 4 eliminates Kevin. Question 5 eliminates Ian and Janelle. Question 6 eliminates Nicole A., Tyler, Bayleigh and Da’Vonne. Memphis has become the new HOH. This should be interesting because Cody can breathe a sigh of relief, but I’m not sure if Memphis will be as dedicated to ousting Janelle and Kaysar.

8:59 p.m. — Memphis is looking forward to seeing pictures of his family in his HOH room. Despite placing second in Season 10, Memphis has never won HOH before. We will find out who Memphis nominates for eviction on Sunday!