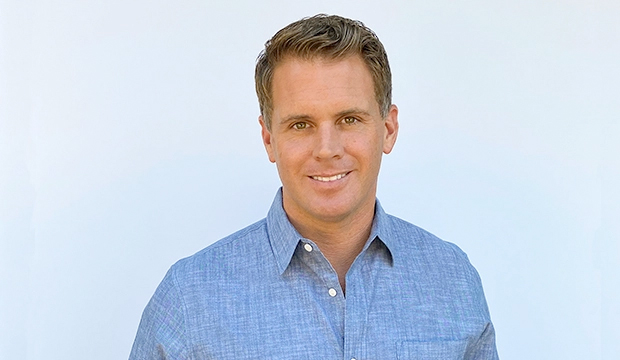 Just minutes after “Big Brother’s” Keesha Smith was evicted by a unanimous 13-0 vote over Kevin Campbell, the season’s second Head of Household was crowned: Memphis Garrett. Since Memphis is aligned closely with last week’s HOH Cody Calafiore, it’s unlikely the house will see a big shakeup this week. Their six-person alliance, dubbed “The Commission,” also includes Christmas Abbott, Tyler Crispen, Dani Briones and Nicole Franzel, so this group will likely all sail through to next week. By the end of the episode, which two houseguests did Memphis nominate for eviction, and who won the Safety Suite competition?

Below, check out our minute-by-minute “Big Brother: All-Stars” recap of Season 22, Episode 5 to find out what happened Sunday, August 16 at 8:00 p.m. ET/PT. Then be sure to sound off in the comments section about your favorite houseguests on CBS’s reality TV show, who annoys you the most and who you think will ultimately join the “Big Brother” winners list.

8:00 p.m. — “Previously on ‘Big Brother’!” In the fourth episode, Keesha seemingly accepted her fate that she’d be the first person evicted from “BB22.” After the unanimous vote, she told host Julie Chen Moonves, “Nobody’s really playing yet, everybody’s laying low.” Meanwhile, Kevin was grateful his fellow players kept him in the house … at least for now. So how will Memphis use his Head of Household power? Let’s find out tonight!

8:03 p.m. — Members of “The Commission” were obviously breathing a sigh of relief with the Memphis HOH win, but players like David Alexander were immediately put on edge because he knows that there’s no relationship there to protect him from the block. Janelle Pierzina is not in the alliance, but because of a shared bond as “old school” players she felt safe.

8:06 p.m. — In a change up this year, the new Have Nots for the week would be chosen by the exiting Have Nots from the previous week. So the choices were: Memphis gave it to David, Ian Terry asked for a volunteer to which Nicole F. said OK, Nicole Anthony gave it to Christmas Abbott, and Kevin went with whoever exited the HOH comp first and that was Kaysar Ridha. With the current HOH throwing David up there his suspicions were confirmed and so he resolved himself to playing in for the Safety Suite this week.

8:09 p.m. — Naturally one of the first people Memphis strategized with was Cody and unsurprisingly Cody’s advice was to “play it safe” with his nominees so that he doesn’t stir too much up this early in the game. The names they started tossing around were David, Nicole A., Ian, Janelle and Kaysar.

8:13 p.m. — Bayleigh Dayton and Da’Vonne Rogers had a conversation about what being Black has meant to them throughout their lives, and for Da’Vonne especially what it means raising a daughter now. It was a really nice moment to see houseguests discussing life outside of the house because we get so few moments like this.

8:14 p.m. — Meanwhile, upstairs Memphis was working hard within his own alliance to convince Christmas and Nicole F. that one of them should play in the Safety Suite in order to “cover up” their alliance, but he was also concerned that it was people other than him so that he could play for himself next week. Christmas was all on board to play in the challenge this week, but Nicole F. and Dani were both smart enough to not volunteer themselves because it would put them at a disadvantage in other ways.

8:17 p.m. — During a routine check-in with the HOH, Nicole A. was basically told by Memphis that he thinks everyone should play in the Safety Suite because he doesn’t have anyone in mind and that put her off. During his chat with Memphis, Ian thought he could bond with him over them both making it to the finals with Dan Gheesling, but Memphis gave the same spiel and Ian knew that he was just trying to get as many people playing this week so that he could play it himself next week. Memphis thinks he’s pulling one over on everyone — did he forget this is All Stars?!

8:25 p.m. — When the Safety Suite opened for an hour of sign-ups, Kevin openly declared that he would play this week so that he could control his own fate. Because of his conversation with Memphis, David also knew he’d need to make an attempt for his own safety and so he signed up as well. While all this was going down Memphis was still working the house to try to get people to play and it actually worked on both Bayleigh and Da’Vonne who swiped in to play as well. After Cody, Ian, and Christmas all swiped in, Nicole A. knew that too many cooks were in the kitchen and that it would be too competitive for her, but it also worried her that it meant she was going to be vulnerable.

8:35 p.m. — Having both entered the competition, prior to it actually starting Ian approached Christmas for a “plus one” deal where if he wins he’d choose her and if she wins she’d choose him. The reason the idea worked for Christmas is because it extended beyond her own large alliance that benefit her alone and it gives her an opportunity to fulfill the promise while also hiding that she’s in the larger alliance by picking one of them.

8:38 p.m. — In the challenge the players had to use wooden cocktail drinks of different weights to balance out two different cocktail tables. We didn’t get to see each player spend significant time in the challenge, but it did look like it was much more difficult for Ian and Da’Vonne than it was for players like David, Cody and Christmas. In the end, here were the times: Da’Vonne at 8:41, Bayleigh at 2:48, Christmas at 1:38, Kevin at 2:22, Ian at 3:16, Cody at 2:44 and David at 2:53. That means Christmas earned safety for herself and her plus one choice, Ian. Her choice caught Memphis off guard because Ian was one of the people he was considering to put on the block, but he knew his only option was to move forward and look to his other options.

8:50 p.m. — After the challenge Christmas was really excited about her win, but Memphis was noticeably quiet with her. He told her that he doesn’t see him in the same passed week 5 or 6, which was really just him dictating orders to his alliance members once again. Is he digging himself a grave by being too big for his britches? I think we may see some fallout once he is no longer in power. Later, Memphis and Cody reconvened and decided that even with Ian off the table there were still a lot of options for noms.

8:56 p.m. — At the nomination ceremony Memphis revealed his nominees: Nicole A. and David. He told Nicole that he advised her to play for safety and she didn’t and David that he’s “at the grown ups table now” and he’s going to have to “prove [himself.]” Ouch. The HOH ego is always a thing, but Memphis is taking it to another level.

NEXT TIME: On Wednesday, the nominees and HOH will play for the Power of Veto along with three other houseguests. Afterward, Memphis will potentially have to name a replacement nominee.