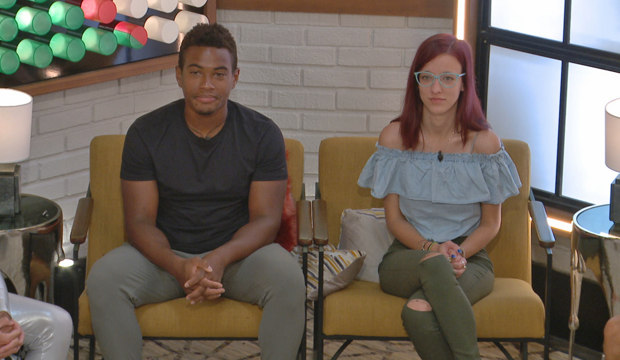 Week two in the “Big Brother 22” house came to an end on Thursday night when the players voted to evict either David Alexander or Nicole Anthony. Both of these fan favorites rose to fame in last summer’s “BB21,” with David being the first to leave and Nicole making it all the way to third place. Unfortunately, one of their dreams was shattered on August 20, and it was all thanks to Head of Household Memphis Garrett. He won both challenges this week — HOH and Veto — and decided to stick to his guns rather than backdoor a big threat like Janelle Pierzina or Kaysar Ridha. So how did eviction night play out?

Below, check out our minute-by-minute “Big Brother: All-Stars” recap of Season 22, Episode 7 to find out what happened Thursday, August 20 at 8:00 p.m. ET/PT. Then be sure to sound off in the comments section about your favorite houseguests on CBS’s reality TV show, who annoys you the most and who you think will ultimately join the “Big Brother” winners list.

8:00 p.m. — “Previously on ‘Big Brother’!” In the sixth episode, Memphis’ alliance members tried to convince him to put up either Janelle or Kaysar, since they would likely come after The Commission if they won HOH. Memphis briefly listened to them, but ultimately thought it was too early in the game to take a shot against the legendary players. Also in the episode, Ian Terry had to endure a “BB’s All Star Wars” punishment that required him to act at all hours. Will David or Nicole be evicted from the house tonight? And who will become the next HOH? Let’s go!

8:07 p.m. — Following the Veto ceremony, Janelle realizes Memphis doesn’t want to work with her because he didn’t backdoor any of her targets. Nicole Franzel is upset as well, realizing he doesn’t care about his actual alliance because he refused to target Janelle. It looks like nobody’s happy with Memphis! Meanwhile, Nicole A. campaigns to Da’Vonne Rogers that it’s not smart to send another girl home and leave eight men in the house. Da’Vonne wants Nicole A. to stay, but she’s torn because she doesn’t want to vote out another black player. No African-American has ever won “Big Brother.” Nicole A. asks Da’Vonne to think with her head, not her heart.

8:10 p.m. — Kaysar is hoping to build a group that can combat the large alliance he sees forming. He tries recruiting Da’Vonne without realizing she is sort of in that alliance as well. He proposes Da’Vonne and Bayleigh Dayton join himself, Janelle, Nicole A. and Christmas Abbott. Da’Vonne doesn’t feel like she’s getting anything in return for joining an alliance with Kaysar, so she doesn’t agree to anything. Kaysar tells Da’Vonne David is working with the other side of the house, which Da’Vonne doesn’t believe, so she goes and asks him. David won’t give Da’Vonne a straight answer, so she begins losing her faith in him. If he isn’t candid with her, why should she be candid with him? Throughout all of this, Da’Vonne is giving the best Diary Room sessions of the season. I could listen to her talk all night!

8:12 p.m. — Da’Vonne expresses her frustration with David to Bayleigh. Now they’re debating whether or not they even want to keep him. David isn’t helping them at all, so why are they so concerned about him?

8:36 p.m. — It’s time for the second vote and eviction of the summer! Nicole A. majorly shaded Memphis for targeting her, but she’s likely going out swinging. Sure enough, by a vote of 10-2, Nicole A. was evicted from the “Big Brother” house. Kevin Campbell and Enzo Palumbo were the only votes to keep her.

8:50 p.m. — It’s time for the Head of Household competition! As the outgoing HOH, Memphis is not eligible to compete. This competition is called “Mug Shots.” Players will race, one at a time, to slide one mug down the counters they see before them. The goal is to land each mug on the highest scoring zone. The final score will be the cumulative points for all three mugs, but players only have 30 seconds to complete this challenge.

8:59 p.m. — As the new HOH, Tyler will nominate two houseguests for eviction on Sunday. Also, the final Safety Suite challenge will take place, keeping two players safe from eviction. Will Tyler come out guns blazing for Janelle and Kaysar? Or will the game change course? That’s a wrap for tonight!