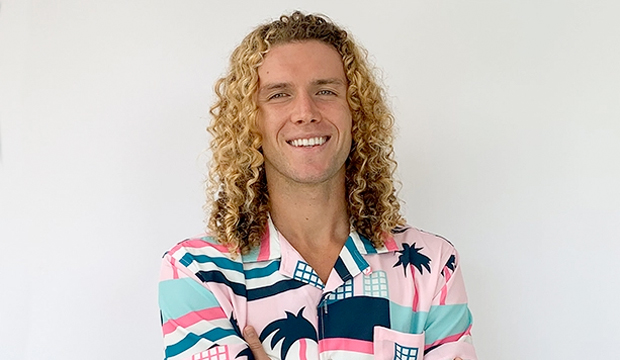 Tyler Crispen, “Big Brother” fan favorite from Season 20, is now the third Head of Household for this summer’s “All-Stars” cycle. He dominated last week’s HOH competition, in which the “BB22” contestants had to score the most points by pushing glasses of beer down three lanes. Since Tyler is a member of the six-person Commission alliance (along with Cody Calafiore, Memphis Garrett, Christmas Abbott, Dani Briones and Nicole Franzel), it’s unlikely he’ll nominate any of them for eviction. He’s also super close with David Alexander. So that leaves Da’Vonne Rogers, Ian Terry, Janelle Pierzina, Enzo Palumbo, Bayleigh Dayton, Kaysar Ridha and Kevin Campbell as Tyler’s possible targets.

Below, check out our minute-by-minute “Big Brother: All-Stars” recap of Season 22, Episode 8 to find out what happened Sunday, August 23 at 8:00 p.m. ET/PT. Then be sure to sound off in the comments section about your favorite houseguests on CBS’s reality TV show, who annoys you the most and who you think will ultimately join the “Big Brother” winners list.

SEE‘Big Brother 22’s’ Nicole A. on how her Season 21 ‘demons’ affected her game and apologizing to Janelle and Kaysar

8:00 p.m. — “Previously on ‘Big Brother’!” In the seventh episode, the house was divided on whether to evict David or Nicole Anthony. Janelle and Kaysar tried to save Nicole, but that only put a bigger target on all three of their backs. In the end, Nicole was sent packing. “I feel so horrible,” she told Julie Chen Moonves when she found out “Jaysar” really was trying to keep her in the game. With Tyler now in power, how will tonight’s nominations episode play out? Let’s go!

8:03 p.m. — After winning the HOH, Tyler had his sights set on Janelle and Kaysar for constantly throwing his name around during the previous week, but even Janelle and Kaysar knew that they were the likeliest targets. David was feeling more comfortable after escaping the eviction and because he’s “working closely” with Tyler.

8:04 p.m. — In an effort to isolate Janelle and Kaysar and to keep them from picking up numbers, Tyler, Dani, Cody and Enzo created a plan to get together in Da’Vonne and Bayleigh in the “Slick Six.” Per Cody, this is a good alliance to have, but won’t have any “blood loyalty.” So basically he’s just using it to his benefit, while Da’Vonne thinks that it’s afforded her safety for the week.

8:06 p.m. — When it came time to choose new Have Nots, David passed it off to volunteer Enzo, Kaysar accepted Cody’s volunteering, Christmas threw it to Bayleigh, and Nicole gave it straight away to Janelle, adding that it’s because she “likes to talk about me.” Yikes.

8:08 p.m. — Nicole’s words set Janelle off, promising to give her a confrontation knowing full well that Nicole shies away from them. From Janelle’s perspective she’s had Nicole on her radar from the beginning because of a “snake game” that involves her playing the victim and stabbing people in the back only to whine about it.

8:10 p.m. — Janelle and Kaysar, unable to play for the Safety Suite themselves, were hoping that Memphis would be able to win safety, save one of them and then leave the third of their group to win the Power of Veto. Memphis knew full well that he couldn’t win the safety because it would put him in a position to choose between two competing alliances. During this conversation Janelle picked up on a lack of eye contact from Memphis while was a big clue that he wasn’t being 100% truthful or loyal with her.

8:18 p.m. — The friendship that Janelle and Kaysar built in their earlier seasons together remains strong this season and that’s formed the strongest duo in the house and everyone knows it. In that regard it’s easy to understand why the large alliance that’s had power every week is targeting them, but luckily they have the best intuition in the house and know that they are strong, even if the larger alliance thinks they don’t realize how big of a threat they are.

8:23 p.m. — Tyler and Dani met up to discuss their position in between two alliances, notably about Da’Vonne’s potential to play the middle of the two sides of the house and her willingness to take a strike against them in the future.

8:25 p.m. — In the hour that houseguests had to throw their hats into the ring for the final Safety Suite, Da’Vonne asked Dani to pick her as a +1, supposedly because she wants the punishment costume. Enzo liked the idea of Da’Vonne being given safety in an effort to “calm her down” from going against the alliance and creating something else this week. Dani was happy to let Tyler know that Da’Vonne was campaigning for the +1 so that he’d think she doesn’t trust him. In the end, everyone eligible to play in the Safety Suite did: Nicole, Memphis, Enzo and Dani.

8:34 p.m. — The Safety Suite challenge this week required the players to make their way through the room by avoiding lasers shooting across the room. Because he didn’t want to win, Memphis hung out in between the lasers for quite some time before successfully completing. Nicole, Enzo and Dani all tried their best to win though. The final times were: Nicole at 15:36, Memphis at 14:33, Enzo at 4:41 and Dani at 6:04. That means Enzo won safety and his choice for the +1 was Christmas. He said that was a way of reeling her in as a potential ally and Da’Vonne thought exactly that. Meanwhile, Janelle noticed how poor Memphis time was and that made it clear to her he was not willing to stick his neck out for her.

8:49 p.m. — Ahead of nominations, Tyler was tossing around his options between Janelle, Kaysar and Da’Vonne. In an effort to save himself, Kaysar had a chat with Tyler who was up front to him about hearing that Janelle and Kaysar were throwing around Tyler’s name as already in an alliance. Tyler said that he thinks he can build a relationship with Kaysar going forward, but it was also clear that he was preparing to use him as an easy nominee with the excuse that he’d been talking about him. Later, Janelle came up for a talk as well and Tyler gave the same speech to her. Janelle at least made the case that she’s a huge target and she could be a “buffer” for him and that if she becomes a lone wolf in the house that she’d be willing to work with him.

8:56 p.m. — At the nomination ceremony, Tyler pulled the keys for Kaysar and Janelle, nominating them for eviction. He told them that it was straight-forward because they have tried to flip both of the previous evictions and that he believes if either of them had won HOH that they’d have put him on the block. With he POV comp ahead of them, both Kaysar and Janelle vowed to make it an interesting week and reminded us that ultimately only one of them can go at a time and that if one of them is left alone that they’ll be out for revenge.