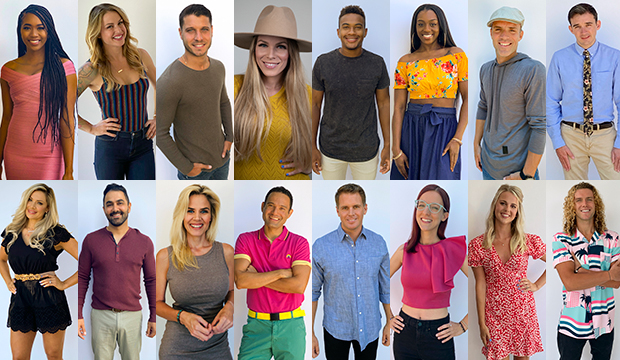 If you’ve been wondering about the name of the Safety Suite winner and can’t wait till Sunday’s episode keep reading as we have all the “Big Brother” spoilers. We always knew that CBS was going to pull some surprises in this All-Stars edition of the long-running reality show. Indeed Julie Chen Moonves teased the houseguests with this during the move-in on Wednesday when she made mention of one of the new rooms in the “Big Brother” house, the Safety Suite.

We’ve been glued to the live feeds since they were turned on shortly after the end of Wednesday’s live show. It took till Thursday evening before we found out who had won the right to stay in the Safety Suite and what this means for the week one nominations by Head of Household Cody Calafiore.

As Julie explained on the premiere of “Big Brother 22,” each of the 16 houseguests gets a VIP pass that gives them the right to play in one of the first round of competitions. However, before deciding to take part, a houseguest must name the other player who would share in their victory, which also comes with a side order of punishment.

The live feeds were down for four hours on Thursday as the competition to win a place in the Safety Suite, and thus immunity from being nominated, played out. When they finally came back, we learned that Kaysar Ridha had won and he was taking Janelle Pierzina with him to the Safety Suite. They are pals from their times together on “Big Brother 6” and the first all-stars edition that was season 7. Janelle was also a houseguest in season 14.

Cody, who was the runner-up in “Big Brother 16,”  had been considering naming these two veterans to the chopping block. With them out of the mix, his attention has now turned to two of the other old guard: Keesha Smith (season 10) and Kevin Campbell (season 11). We’ll keep watching the live feeds and will report back on Friday with his decision as to the first two houseguests to face eviction on “BB22.”

Until then, be sure to sound off with your thoughts on the season so far in our forums.