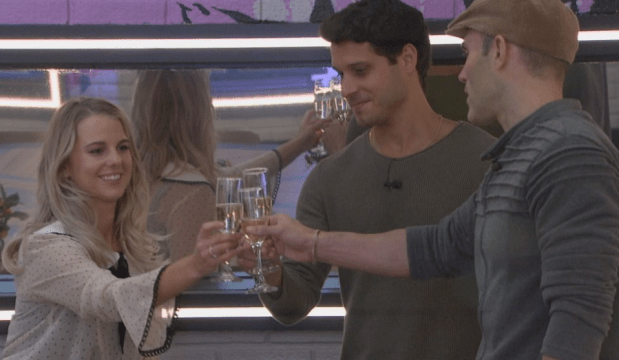 Season 22 of “Big Brother” ends on Wednesday, October 28 with a live two-hour finale on CBS that kicks off at 9:00 pm ET/8:00 pm CT. Three houseguests are still in the running for the $500,000 grand prize: Cody Calafiore, Nicole Franzel and Enzo Palumbo. On Monday’s episode, we saw Nicole win Part 1 of the 3-part Final Head of Household competition. Keep reading if you want “Big Brother” spoilers on who won Part 2 of the Final HOH and who is all but certain to win #BB22.

Part 2 took place on Saturday and saw Cody and Enzo do battle. After Enzo failed miserably in just a few minutes, Cody emerged as the winner. That means he and Nicole will face off on the live episode in Part 3 of the Final Head of Household competition. The winner of that will get to choose which of the other two to take to the #BB22 jury.

As of this writing, both Cody and Nicole are committed to taking the other to the jury. But which of them will win? To claim bragging rights and the $500,000 prize, Cody or Nicole will have to win over five of the most recent nine houseguests to be evicted.

Men make up the two-thirds of the jury pool. Enzo will be the the sixth man on the panel, alongside Ian Terry (week 6); Kevin Campbell and David Alexander (week 8); Tyler Crispen (week 9); and Memphis Garrett (week 10).  Only three women have a say in who is the winner of “Big Brother” 22: Da’Vonne Rogers (week 7); Dana Briones (week 8); and Christmas Abbott (week 11).

Who do you think will win: Cody or Nicole? Vote in our poll below and sound off in the comments section with your thoughts on season 22 to date.