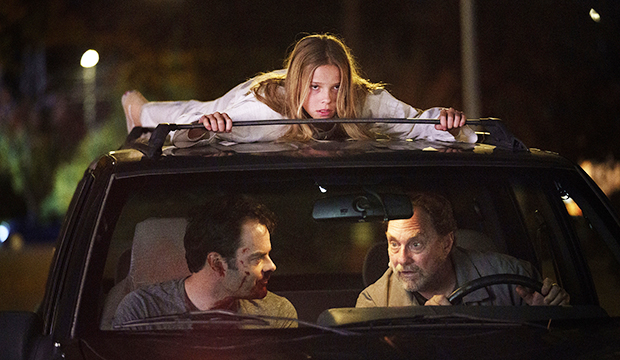 Bill Hader, uh, made his mark last year when he won the Directors Guild of America Award for comedy series for helming the “Barry” pilot “Chapter One: Make Your Mark.” He’s back in the running again and is the overwhelming favorite to defend his title, which would make him the ninth person to win this award twice.

Hader has a commanding lead in our predictions with 31/10 odds for the breakout Season 2 episode “ronny/lily.” The next closest is the series finale of “Veep,” by David Mandel, at 39/10, followed by three episodes of “The Marvelous Mrs. Maisel”: “Marvelous Radio” by Daniel Palladino, “It’s the Sixties, Man!” by Dan Attias, and “It’s Comedy or Cabbage” by Amy Sherman-Palladino.

Also good news for Hader is that his Emmy conquerer, “Fleabag’s” Harry Bradbeer, was snubbed by the guild, which has long had a British bias. Hader was favored to win the Emmy for “ronny/lily” in addition to a second straight comedy actor statuette, which he did receive.

Last year, Hader benefited from a double vote-split at DGA as he was up against two episodes of “Atlanta” and two episodes of “Maisel.” “Maisel’s” triple nominations this year could help him out again. Plus, the DGA is one of the few awards that “Maisel” has not won, as its Emmy-winning pilot lost to the “Veep” episode “Chicklet,” helmed by McCarthy-Miller, two years ago as well. “Veep” hasn’t had a grand farewell tour, going 0-9 at the Emmys and getting snubbed by the Golden Globes and Screen Actors Guild Awards, but it has been a DGA favorite, being one of three shows to have won this category three times, and all in a row no less.