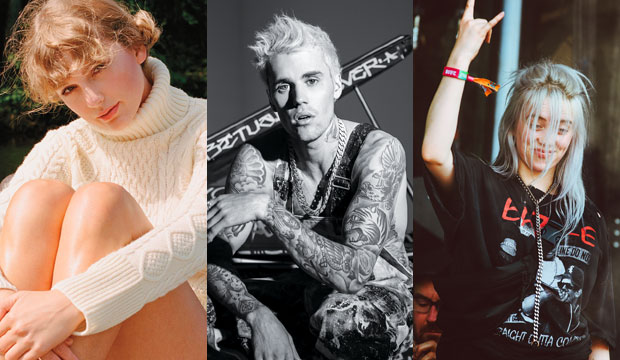 After much delay, the 2020 Billboard Music Awards will finally happen on October 14, 2020. Despite taking place in October instead of the usual April or May, the 2020 BBMAs kept their usual eligibility period: March 23, 2019 through March 14, 2020. This means that only the chart performance of songs, albums, tours, and artists during that period of time will be taken into account. When making predictions, it’s also helpful to know that, unlike other award shows like the Grammys and the BET Awards, the BBMAs are solely based on performance on the Billboard charts.

Since the eligibility period doesn’t line up exactly with the January-through-December calendar year, the winners can sometimes be harder to predict than just looking at the Billboard year-end charts. Here are the three closest award battles this year.

SEEAre the Jonas Brothers more popular than BTS? We may find out at the 2020 Billboard Music Awards

Perhaps the toughest category to predict this year is Billboard 200 Album. In one corner, we have the number-one album on the year-end Billboard 200 for 2019, Billie Eilish’s record-breaking debut album, “When We All Fall Asleep, Where Do We Go?” The album became a chart giant, notching multiple weeks atop the summit. In the other corner is Post Malone’s “Hollywood’s Bleeding,” which missed the number-one spot on the year-end chart since it was released in September 2019 and thus had less time on the chart than Eilish before the end of the year. But ever since then “Hollywood’s Bleeding” has been a chart fixture, spending most of its chart run in the top 10. Will Post Malone’s chart success well into 2020 be enough to take Billie Eilish off the top of the list?

As one of three fan-voted categories at these awards, the Chart Achievement Award is always a very interesting race to follow. For the past few years, it has been won by some of the biggest pop stars in the world like Camila Cabello, Rihanna, and Ariana Grande. This year, two massive pop hit-makers with some of the fiercest fan-bases in music will go head-to-head against each other: Taylor Swift and Harry Styles. Can Swift be the first person to win this award twice after her 2015 win, or will Styles become the first solo male artist to win this prestigious award?

Another fan-voted category, Top Collaboration this year is stacked with some of the biggest hits of the past two years. In contention we have Chris Brown featuring Drake for “No Guidance,” Lil Nas X featuring Billy Ray Cyrus for “Old Town Road,” Shawn Mendes and Camila Cabello for “Señorita,” Post Malone and Swae Lee for “Sunflower (Spider-Man: Into the Spider-Verse),” and Ed Sheeran and Justin Bieber for “I Don’t Care.”

Both Sheeran and Bieber have massive fan bases (Bieber won another fan-voted award, Top Social Artist, six years in a row from 2011 through 2016), so they could very well win. However, they’re facing Mendes and Cabello, both of whom have tremendously active fan bases (they won Best Collaboration at the 2019 MTV Video Music Awards against BTS, whose fans are some of the world’s most passionate), so this will definitely be a close race. Another song that could win just based on its crowd-pleaser status is “Old Town Road”; despite not being around for as long, Lil Nas X has already amassed a large online following through his comedic Twitter posts.

What are some other hard-to-predict categories for you? Tune in to the Billboard Music Awards on October 14.