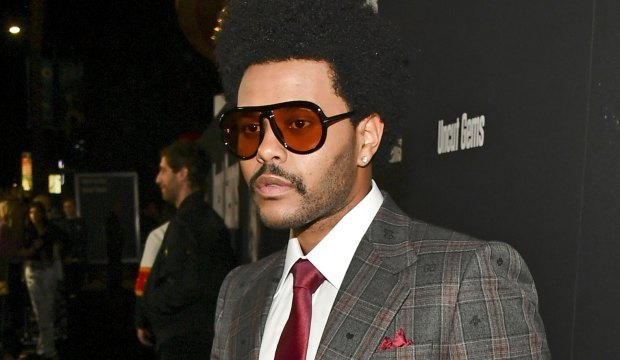 One of the most inexplicable snubs in the 2021 Grammy nominations was the complete absence of The Weeknd. Now the Billboard year-end charts are out, and they confirm him as one of the year’s biggest commercial artists of 2020. They also make the recording academy’s oversight look even weirder.

Granted, the Grammys shouldn’t be primarily about commercial success, but it’s incredibly rare for such a big hit-maker to be completely shut out of the nominations. His dominant hit single “Blinding Lights” spent four weeks at number-one and set a new record as the longest-running top-10 hit in history, so it’s no surprise that it was Billboard’s number-one song of the year. That makes this is only the third time this century so far that Billboard’s number-one song of the year wasn’t nominated in any Grammy category.

The other two chart-toppers snubbed by the recording academy in the last 20 years were “Hanging by a Moment” by Lifehouse (2001) and “Tik Tok” by Kesha (2010). Every other song since 2000 that topped Billboard’s year-end list has earned at least one nomination, from modern classics like Mariah Carey‘s “We Belong Together” (2005) and Adele‘s “Rolling in the Deep” (2011) to relative flashes in the pan like Daniel Powter‘s “Bad Day” (2006) and Macklemore and Ryan Lewis‘s “Thrift Shop” (2013).

Meanwhile, The Weeknd was Billboard’s number-two artist of the year, behind only Post Malone who swept the Grammys general field with nominations for Album of the Year (“Hollywood’s Bleeding”) and Record and Song of the Year (“Circles”). Out of Billboard’s top 10 artists of 2020, only two of them failed to get on the board at the Grammys: The Weeknd and the late Juice WRLD (ranked sixth).

So yes, The Weeknd really was that big in 2020, and yes, we’re still confused by how he could manage to receive zero nominations in any of the categories he was entered in.