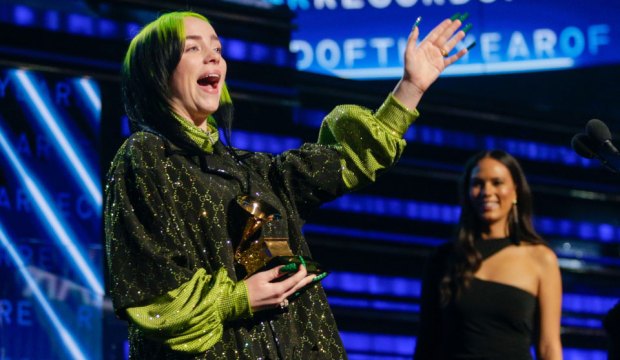 A small yet significant online controvery brewed when the producers of this Sunday’s Academy Awards invited the 18-year-old Grammy-sweeping sensation Billie Eilish to perform during the anual ceremony that airs live on ABC. Some just scratched their heads over why she would be part of an event that usually runs over three hours and whether her presence was appropriate.

But given that this is the second time in a row that the 92-year-old Oscars are going the hostless route, perhaps some youthful energy in the form of the “Bad Guy” singer would be just the thing to attract a more hip demographic to the show. Eilish already has Hollywood cred now that she has been recruited to write and record a James Bond theme song for the April 2 spy thriller “No Time to Die.” And Oscar mavens are already predicting an Oscar with her name on it for next year’s Best Original Song category.

Still, the invitation for Eilish to do her thing on stage is a divisive one, judging from our poll results. A full 23% of respondents believe she doesn’t deserve be part of a ceremony that honors the best in film. Others — 11% to be exact — believer that her 007 theme qualifies her to be part of the Academy Awards. Meanwhile, 18% have a more cynical opinion, saying that the academy is just using the popular music artist to attract a bigger and younger audience.

SEE Who is Performing at the Oscars 2020? Full List of Presenters and Performers

But if she sings during the In Memoriam segment — always a stirring segment — 21% would be perfectly fine with that. And another 21% say her talent will be an asset for a very long show with lots of speechifying.

But those who got a bang out of Queen opening last year’s ceremony in honor of “Bohemian Rhapsody” and swooned over Lady Gaga‘s and Bradley Cooper‘s “Shallow”duet on stage, 6% say there is no way that Eilish will top those musical moments.

Finneas's turn? Billie's big bro is a 2023 Grammy contender for his debut album

Should Olivia Rodrigo beware of a Grammy curse, or is Best New Artist not really a jinx after all?

Top 4 lessons we learned from Grammys 2022

Does performing at the Grammys mean you're likelier to win one?

Olivia Rodrigo predicted to win 5 Grammys, but Jon Batiste could have an even bigger night

Oscar winners one week, Grammy winners the next? These 7 artists may not be done collecting trophies

Billie Eilish songs, ranked: Where does Oscar winner 'No Time to Die' rank among her 21 greatest…