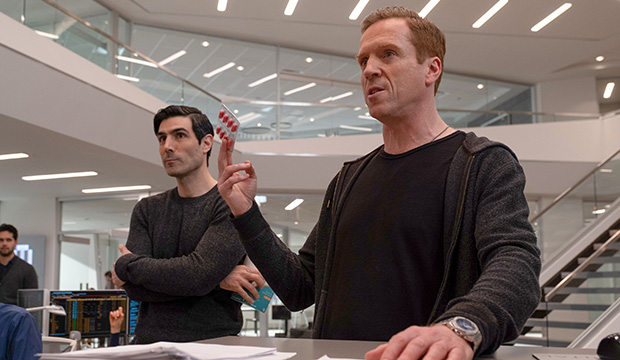 Showtime has an impressive track record with acting wins at the Golden Globes. From Mary-Louise Parker (“Weeds”) to Michael C. Hall (“Dexter”) and Claire Danes (“Homeland”) to last year’s surprise victory for Russell Crowe (“The Loudest Voice”) and beyond, so many of the premium network’s prestige projects have translated into nominations and wins for its actors. This year will likely follow suit with nominations for Ethan Hawke (“The Good Lord Bird”) and Brendan Gleeson (“The Comey Rule”). It’s surprising, then, that “Billions,” one of its highest-profile and popular series with an impeccable cast, hasn’t netted a single Globe nomination over its first four years.

These four seasons of snubs are especially confounding given how much the Globes like the show’s stars. Paul Giamatti has five Globes nominations and two victories for “John Adams” and “Barney’s Version” (2010), while Damian Lewis has four bids and a win for “Homeland.” This past season, “Billions” added two other Globes nominees to the cast: Corey Stoll (“House of Cards”) and Julianna Margulies, who not only has a Globe for “The Good Wife,” but also an astounding 12 nominations.

In its truncated fifth season, “Billions” introduced Stoll’s Mike Prince as a new billionaire rival to Lewis’ Bobby Axelrod, while Giamatti’s Chuck Rhodes struck up a professional and personal relationship with Margulies’ sociology professor Catherine Brant. Though an awards turnaround seems incredibly unlikely, according to our current combined odds and given “Billions'” age and the Globes’ penchant for new programs, there are a few factors in the drama races that could work to the show’s benefit.

Three of last year’s drama series nominees — “Big Little Lies,” “The Morning Show” and ultimate victor “Succession” — are ineligible this cycle, leaving more than half of the field wide open for new nominees. The Globes just last year demonstrated its affinity for corporate drama by honoring HBO’s “Succession,” so “Billions,” which has been renewed for a sixth season, may seem like a natural replacement to the members of the Hollywood Foreign Press Association. It has competition in that respect, too, though, with HBO’s brand new investment banking series “Industry” a slightly more likely contender. And while its production was impacted by COVID-19, “Billions” was still able to air this year, unlike some other contenders including “Succession,” even though it was just seven episodes (its remaining five episodes of the season are expected to air in 2021).

If the HFPA does want to replace one billionaire for another, it could certainly help Lewis in the drama actor race. All five of last year’s nominees are either ineligible — Brian Cox (“Succession”), Kit Harrington (“Game of Thrones”), Rami Malek (“Mr. Robot”), Billy Porter (“Pose”) — or competing in other races (“The Crown’s” Tobias Menzies is moving to supporting). Lewis’ Bobby Axelrod could be a natural “successor” to Brian Cox’s equally über-rich Logan Roy, a role that netted him the Globe last year. Though Lewis looks far behind in our current combined odds, he had a particularly strong season this go-round in a storyline that found his character going back to his roots in Yonkers, N.Y., which had just been designated an opportunity zone. Bobby’s PR campaign for the investment leads him back to his childhood house, where Lewis really delivers as he grapples with the memories of his abusive father.