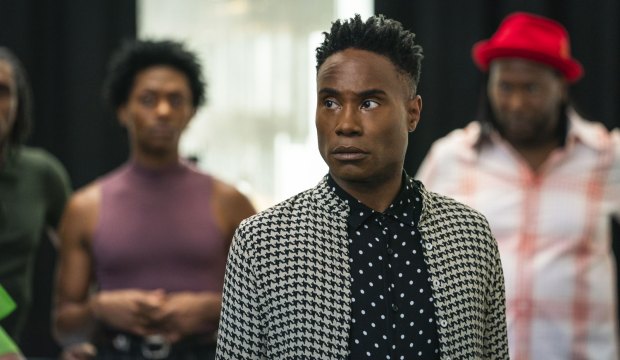 Billy Porter is the defending champion for Best Drama Actor at the Emmys. He stars in “Pose” as ballroom emcee Pray Tell, and his victory was a historic first in that category for a queer Black actor playing a queer character. And he could pull off another feat if he wins again in 2020: he would be the first back-to-back Best Drama Actor winner since Bryan Cranston‘s “Breaking Bad” threepeat from 2008 to 2010 (Cranston won a fourth in 2014 too). And he would be the first Black actor to win this category multiple times in more than half a century.

Only five Black performers have won Best Drama Actor over the course of Emmy history, but most of them have been one-timers. James Earl Jones (“Gabriel’s Fire,” 1991), Andre Braugher (“Homicide: Life on the Street,” 1998), the aforementioned Brown (“This is Us”) and Porter have won single prizes. The only multiple winner was Bill Cosby, who claimed three in a row for “I Spy” from 1966 to 1968, and boy would it be nice to have a different example to cite in this regard. Brown and Porter are both eligible again this year, so either of them could pull it off.

SEE‘Mrs. America’ could carry on this odd (and even!) pattern in the Emmys’ limited series category

But repeating for either of them might be tough. According to our latest racetrack odds, which are based on the combined predictions of Gold Derby users, both Porter and Brown will be nominated, but it’s a crowded race where we’re currently favoring Golden Globe winner Brian Cox (“Succession”) for the title. The good news for Porter and Brown, though, is that we’re also predicting a nomination for Cox’s co-star Jeremy Strong, so vote-splitting could open the door for other actors.

Will Porter be the first to take home back-to-back kudos in a decade?

MAKE YOUR PREDICTION: Who'll win Best Drama Actor?
To save your prediction, you must log in to Gold Derby. Click here to sign in with existing account -- or create a new one.
PREDICTthe 2020 Emmy nominees now; change through July 28