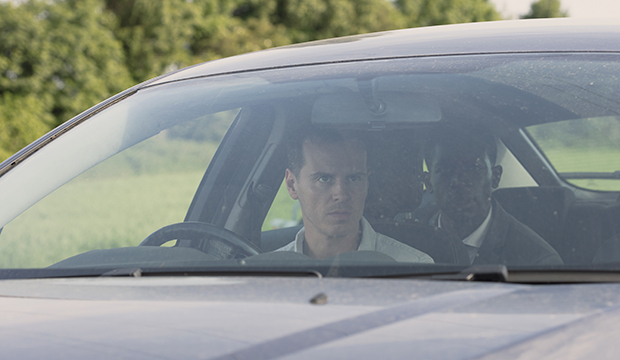 “Black Mirror’s” category confusion at the Emmys may just work itself out in the end for one star. After Netflix confirmed last week its acting categories for the anthology series, which is now competing in drama, Andrew Scott has shot up into fourth place in our Best Drama Guest Actor odds.

The actor, who headlines “Smithereens” as a twisted rideshare driver, has two Experts and four Editors predicting him for the win. Former champ Ron Cephas Jones (“This Is Us”) is in first, followed by Jason Bateman (“The Outsider”) and Charles Dance (“The Crown”). The late Robert Forster (“Amazing Stories”) is in fifth and James Cromwell (“Succession”) is in sixth.

After the TV academy shuffled “Black Mirror” to drama, as “Smithereens” falls five minutes short of the TV movie category’s new 75-minute requirement rule, Netflix had to decide where to submit the season’s episodic stars. Performers who appear in less than 50 percent of a show’s season are eligible but not required to enter in guest. While we implored the “Black Mirror” stars to enter in guest — since these people are the stars of the episodes, not the show itself — Netflix went in a slightly different route: Scott and Miley Cyrus, who starred in “Rachel, Jack and Ashley Too,” are “Black Mirror’s” only guest submissions; the other actors are going supporting. This is clearly to maximize Scott and Cyrus’ chances to make the cut.

SEE Be our guest: ‘Black Mirror’ stars ought to submit in guest after dramatic move

Scott earned great notices for his performance, but his biggest advantage may be any residual “Fleabag” love for Hot Priest/anger over his Emmy snub last year. He went on to win the Critics’ Choice Award for Best Comedy Supporting Actor, and earn Golden Globe and Screen Actor Guild Awards nominations, the latter of which is noteworthy since the SAG Awards combine lead and supporting TV performances. Plus, it wouldn’t be the first time the Emmys tossed out a make-up nomination or win.

Luckily for Scott, there’s already precedence for nominations for an anthology series performer in this era: Kumail Nanjiani scored a drama guest actor bid last year for “The Twilight Zone.”