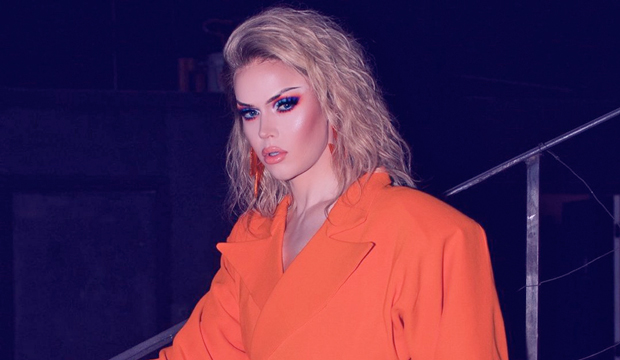 Blair St. Clair, a fan-favorite contestant from Season 10 of “RuPaul’s Drag Race,” is one of the four remaining queens on the fifth cycle of “All Stars.” Yet she’s the only one to not win a challenge. Shea Coulee and Miz Cracker have both won two comps, while Jujubee won a single challenge. Even one of the eliminated queens — India Ferrah — managed to eke out a victory, though she appeared in the bottom every week after that before ultimately being cut in the “Snatch Game” episode. Despite her underwhelming track record, Blair now declares she is “fighting to the end.”

Last week after Miz Cracker won her second challenge, she announced that she was considering eliminating either Blair or Alexis Mateo. Blair immediately felt betrayed, since she and Cracker came up together in the 10th season of VH1’s reality TV series. But Cracker was basing her vote simply on their report cards, explaining that Blair and Alexis were the only two who hadn’t won a challenge up to that point.

“It’s frustrating in this moment because we’re so far in the competition where everything is really tight,” Blair said backstage following the judges’ critiques of the queens’ backyard ball looks. “Also something that kind of bothered me on stage was what Michelle said about my hair. She’s like, ‘Was it wet or dry?’ Well, from the time that I put it on to the runway, it dried.” The other queens laughed it off, suggesting that judge Michelle Visage was really just jealous of Blair’s blending.

Blair broke down when she proclaimed, “I want this so much. It’s hard to explain why this means so much to me. You don’t know how much passion I have about this. I live, eat and pray this because I always loved doing drag, but it was drag that was what began my journey and started to set me free. I’ve had a lot of personal growth within me.” She then told her competitors, “You guys cannot kick me out of the group because, bitch, I’m fighting to the end.”

Cracker’s vote ended up not mattering since she lost the lip sync to the week’s Lip Sync Assassin, Roxxxy Andrews. That meant Roxxxy earned the power to reveal the lip stick of the queen who the others voted for: they chose Alexis and so she was sent packing. Now only the final four contestants remain in the running to join the “Drag Race” Hall of Fame: Blair, Shea, Cracker and Jujubee.